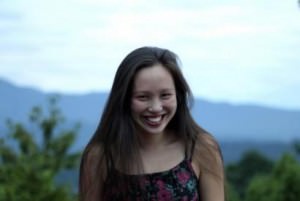 Naomi Woo ’13MM has been selected as a Gates Cambridge Scholar. This October, she will pursue an M.Phil. in music studies at Cambridge University, U.K., where she will research musical performance and scholarship.

This prestigious honor is extremely competitive; the fifty-one successful candidates were selected from a pool of 3,500 applicants on the basis of intellectual ability, leadership capacity, and their commitment to improving the lives of others. The new Scholars come from twenty-four different countries, and include a classically trained singer, an environmental lawyer, and a teacher of peacebuilding in Somalia. Professor Robert Lethbridge, Provost of the Gates Cambridge Trust, said, “The Scholars are truly remarkable people and showed at interview that they fit the mission of the Scholarship by their commitment to using their academic skills and leadership capacity to improve the lives of others.”

Naomi Woo, who hails from Vancouver, Canada, graduated from Yale College in 2012 with a B.A. in Music and in Mathematics & Philosophy and will receive her Master of Music degree in piano from the Yale School of Music this May. As a pianist and conductor, she has performed widely in Vancouver and at Yale. She is a Teaching Artist for the Music in Schools Initiative in inner city schools in New Haven, Connecticut.

At Cambridge, Ms. Woo will seek to unite the sometimes separate disciplines of music scholarship and performance. She said, “I want to use performance as a means of informing and enriching musicology, treating works of music as experiences rather than merely as texts, which will help connect music scholarship more closely to its listeners.”