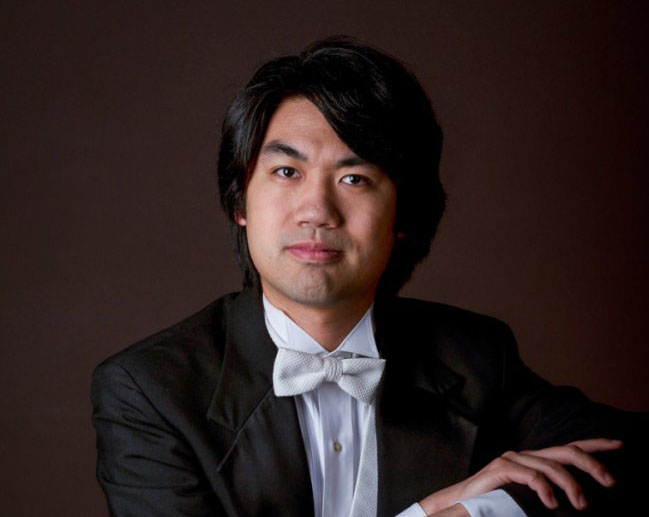 The American Pianists Association has named Sean Chen ’14AD the winner of its yearlong competition. As the APA’s 2013 Christel DeHaan Classical Fellow, Chen is the recipient of a prize valued at more than $100,000 – one of the most lucrative available to an American pianist. An international panel of judges selected the 24-year-old on April 20, after he performed Bartók’s Piano Concerto No. 2 with the Indianapolis Symphony Orchestra, led by Gerard Schwarz.

During the two-year fellowship, Chen will perform recitals and concertos with orchestras around the United States, and make a solo recording for the Steinway label, distributed by ArkivMusic. Chen, who grew up in Oak Park, California, is a Juilliard graduate who is currently pursuing his Artist Diploma at the Yale School of Music, where he studies with Hung-Kuan Chen. 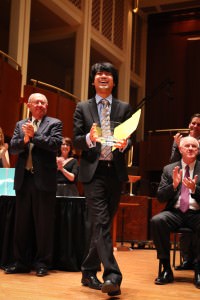 Judges for the final week of the competition in Indianapolis were Charles Hamlen, former Chairman of IMG Artists; Anthony Fogg, Artistic Administrator of the Boston Symphony Orchestra; and the noted international pianists José Feghali, Murray McLachlan, and Christopher Taylor, who won APA’s Classical Fellowship in 2000. The judges heard the five finalists in an intensive series of concerto performances with the Indianapolis Symphony Orchestra, solo recitals, chamber music with the Linden String Quartet (who studied at the Yale School of Music 2010–2012 as the graduate quartet-in-residence), new music (the world premieres of the five APA commissions), and a song recital with soprano Jessica Rivera. Former U.S. Secretary of State Condoleezza Rice served as Honorary Chair of the 2013 ProLiance Energy Classical Fellowship Awards of the American Pianists Association.

Joel Harrison, president/CEO and artistic director of the American Pianists Association, commented, “All the American Pianists Association Finalists are worthy of awards. Sean in particular played at a consistently high level of artistry and pianism throughout the year- long process, and I am enthusiastic about his future. He is a pianistic genius!”

Winner Sean Chen said, “This has been an incredible adventure, and much more than a typical competition. I play solo a lot, but to be able to collaborate with so many wonderful musicians has been exciting and very enlightening. I am honored to be the APA’s 2013 DeHaan Classical Fellow.”

Conductor Gerard Schwarz stated, “Sean Chen played beautifully all week, making real musical statements. The Bartók Concerto No. 2 that he played in the finals was stupendous. He brought this piece to life in a totally convincing way, and for me it was the best performance of this concerto that I have ever heard.”

The concerto concerts with the Indianapolis Symphony Orchestra were webcast live and will be streamed on-demand at the APA’s website. During the final week of the competition, called “Discovery Week,” the WFMT Radio Network gathered material for a nationally- and internationally-syndicated radio series about the APA that will start to air in October 2013. The journey of the five finalists is documented in the APA’s 2013 Gala Finals Retrospective video on YouTube.

Sean Chen, 24, is the winner of the 2013 Proliance Energy Classical Fellowship Awards of the American Pianists Association, one of the most lucrative and significant awards available to an American pianist. Chen is second prize winner of the 2011 Seoul International Music Competition, and a prizewinner in the 2009 Cleveland International Piano Competition. Born in Margate, FL and raised in Oak Park, CA, he has performed in Bucharest, Seoul, Taiwan, Los Angeles, Albuquerque, Miami, and New York. Chen received his bachelor’s and master’s degrees from the Juilliard School, where he won the 2010 Gina Bachauer Piano Competition, and he is pursuing his Artist Diploma at Yale School of Music with Hung-Kuan Chen. His teachers have included Jerome Lowenthal, Matti Raekallio, and teacher-mentor Edward Francis. When not at the piano, Chen enjoys tinkering with computers and composing.