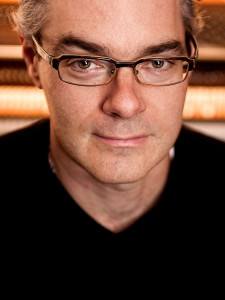 Earlier this week, Sony Classical announced the international digital release of the original score from the motion picture Carrie on October 21, 2013. The soundtrack is composed by Marco Beltrami '91MM, who is renowned for scoring horror films and has received two Academy Award nominations. The film was released nationwide on Friday, October 18.

New York-born Beltrami studied at the Yale School of Music and in Italy, before studying film composition under Jerry Goldsmith. His career began with the soundtrack of the thriller Death Match in 1994, and he gained recognition for his work on horror films such as Mimic (1997), The Woman in Black (2012), and all four films in the Scream series (1995–2011). He has also composed two soundtracks for the Die Hard franchise: Live Free or Die Hard and A Good Day to Die Hard.

The announcement noted, "His reputation as one of today's leading movie composers is based on his command of a big range of orchestral effects, enabling him to rise above the usual standard of action and horror soundtracks. These gifts are evident in the compositions for Carrie."

Considering the Carrie soundtrack in detail, the announcement continued:

With a growling or shrieking string section, liquid bell-like sounds, and insistent percussion, Beltrami creates moods that heighten the emotions in the film. The opening track has a yearning and eerie feeling, while the second, Birth of Carrie, raises the tension. After a quiet, though unsettling beginning the soundtrack explodes with Go to Your Closet, using the rhythm of a pounding heart, choral effects and clashing, discordant notes. Following a short interlude of tenderness in Love You Too, Mom and the melodious Mind Over Matter, the following pieces grow in intensity, until in Levitated Mass the music seems to swell and burst, becoming properly scary. There follows the sense of foreboding in Preparing for the Prom, the heavy beat of Bloodbath and the fluttering, shrill sounds of Kill 'Em All. As the film proceeds, Beltrami raises the volume and excitement, adding disturbing electronic chords to the orchestral sounds in Driving Her Crazy, and climaxing in the real sense of horror of House Crumbles.

Based on the best-selling novel by Stephen King, Carrie is directed by Kimberly Peirce and produced by Kevin Misher with a screenplay by Lawrence D. Cohen and Roberto Aguirre-Sacasa.