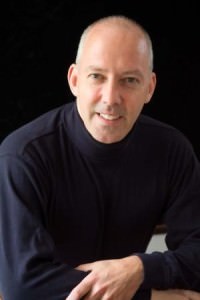 This fall, choral conductor Dr. Christopher Shepard ‘92MM was awarded the 2012 Julius Herford Dissertation Prize for his dissertation, “Evolution and Revolution: J.S. Bach’s Mass in B minor, BWV232 in New York City, 1900–1980.” The prize is given on behalf of the National Research and Publications Committee of the American Choral Directors Association.

Each year, the Julius Herford Prize Subcommittee reviews “outstanding” doctoral terminal research projects in choral music. Eligible recipients’ degrees were conferred during the calendar year prior to the year of nomination whose projects comprise the principal research component of their degree requirement. The winner receives a $1,000 cash prize and a commemorative plaque. Dr. Shepard’s prize will be presented at the upcoming ACDA Eastern Division Conference.

The committee praised the paper as “an exhaustive study” with “a lot of valuable information about the views of Baroque performance practice as it developed through the 20th century.” The ruling body unanimously believed that the dissertation contributes to the highest caliber of choral scholarship.

Currently, Dr. Shepard is music director of The Dessoff Choirs in New York City and the Worcester (Massachusetts) Chorus. He is the founder of the Sydneian Bach Choir and Orchestra in Sydney, Australia, and was music director of BACH 2010, a project to perform all of Bach’s choral cantatas. Since 2004, Dr. Shepard has been Music Director of the Hotchkiss Summer Portals Chamber Music Program (Lakeville, CT). An accomplished keyboardist, Dr. Shepard is also active as a harpsichordist and organist, as well as a guest conductor, in the U.S. and abroad.