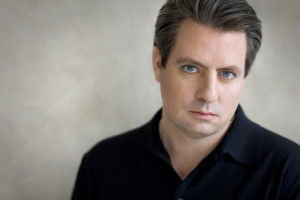 Chicago-born tenor Matthew Polenzani has garnered international recognition in an expanding array of operatic repertory. His refined technique and thoughtful characterizations have made him one of the most sought after tenors in the bel canto, lyrical, and Mozartian arenas. After a successful run of Mozart's Cosi Fan Tutte earlier this season at the Metropolitan Opera, Polenzani switches gears as he prepares for the Met revival of Verdi's "Rigoletto." Michael Mayer's adaption of "Rigoletto," which updates the setting to Las Vegas in the 1960s, premiered in February 2013 to great acclaim and will be remounted at the Metropolitan Opera from Nov. 11 through Dec. 7, 2013. Polenzani provides insight into his experiences singing the Duke and adapting this character to Mayer's contemporary setting.

Melanie O’Neill: The Met has showcased more of your leggero and Mozart tenor roles, but you are, in fact a lyric tenor. This is not your first time singing the Duke, but in general, what kinds of vocal aspects do you consider when evaluating a Verdi role for the first time, or other slightly heavier roles, such as Werther which you debuted about a year ago?

Matthew Polenzani: Well, I’ve always had a pretty strong sense of what I think I should be singing and where I think my voice was going repertory-wise. When I think of other voices like mine and the repertory that they sang, it gave me a pretty clear picture of what is right for me. Certainly when I’m looking at a heavier repertory sort of piece, like "Werther," "Hoffmann," or “Rigoletto,” orchestration comes to mind almost immediately. That’s the first thing I look at, checking what sort of orchestra they’re going to ask you to cover. I mean, I’m not young anymore. I’m 45 years old. I’ve got a pretty strong idea of what’s good and what’s bad for me. I took “Rigoletto” on for the first time about 9 years ago. It was around 2004-2005 and I knew then that this was not a problem for me to sing. I look to other singers who sing in my repertory, like Gedda, Kraus, or Tagliavini, and look at how they handle it and I understand that this is a part that’s right for me too.

MO: Is it, sometimes less about the role itself and more about the space you’re singing it in?

MP: No, I don’t tend to think in those sorts of terms. I can’t sing any louder in the Met than I can in Vienna, even though the opera house in Vienna is much smaller. Nor can I sing any softer in the Met than I can in Vienna. My soft is soft and my loud is loud. I still have to speak out in the house. If my voice is being placed correctly then I know that I’m not just going to be audible—because it’s not enough just to be able to hear the voice—but be heard over the orchestra, so the voice is not just in the center of one big sound. The voice has to be on top of the sound so that you can hear it the most. Part of that is the conductor’s job and part of it is my job.

MO: You’ve always asserted yourself first and foremost as a family man. I don’t think you can find a tenor role any farther from that than the Duke. Do you enjoy getting to play the bad guy now and again or do you prefer characters that you can relate to more easily?

MP: I do enjoy it. It’s taken me a little while to get to a point where I can divorce myself from the feelings of honest love or being honest with my own emotions and get to a place where I can turn those emotions into something different.