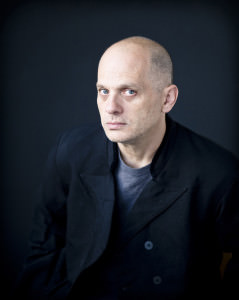 Recruiting is underway for 3,000 voices, 1,000 each in Birmingham, Berlin and London, to perform David Lang's Crowd Out, set for premiere in June. The Birmingham Contemporary Music Group offers the world premiere on June 8, followed by the Berlin Philharmonic on June 14 and 15, and Spitalfields Music in East London on June 21. Each is a co-commissioner of the piece.

No audition, no musical experience required. The call is simply for "shouting, yelling, whispering, and chanting" voices.

Lang came up with the concept for the piece as far back as 2008, listening to a chant at a football (soccer, as the case would be stateside) game. The "theme" of his piece is the creation of a sense of community through combined single voices—yelling.

Lang will participate in each of the three performances, with help from choral conductor Simon Halsey.

As Lang describes it, "The texts all come from things people reveal on the internet about how they feel about being in a crowd—and every sentence begins with the word 'I' because that is what interests me about being in a crowd, how you keep or lose your ability to be an individual. The idea of 1000 people yelling 'I AM ALONE' somehow makes me very happy."