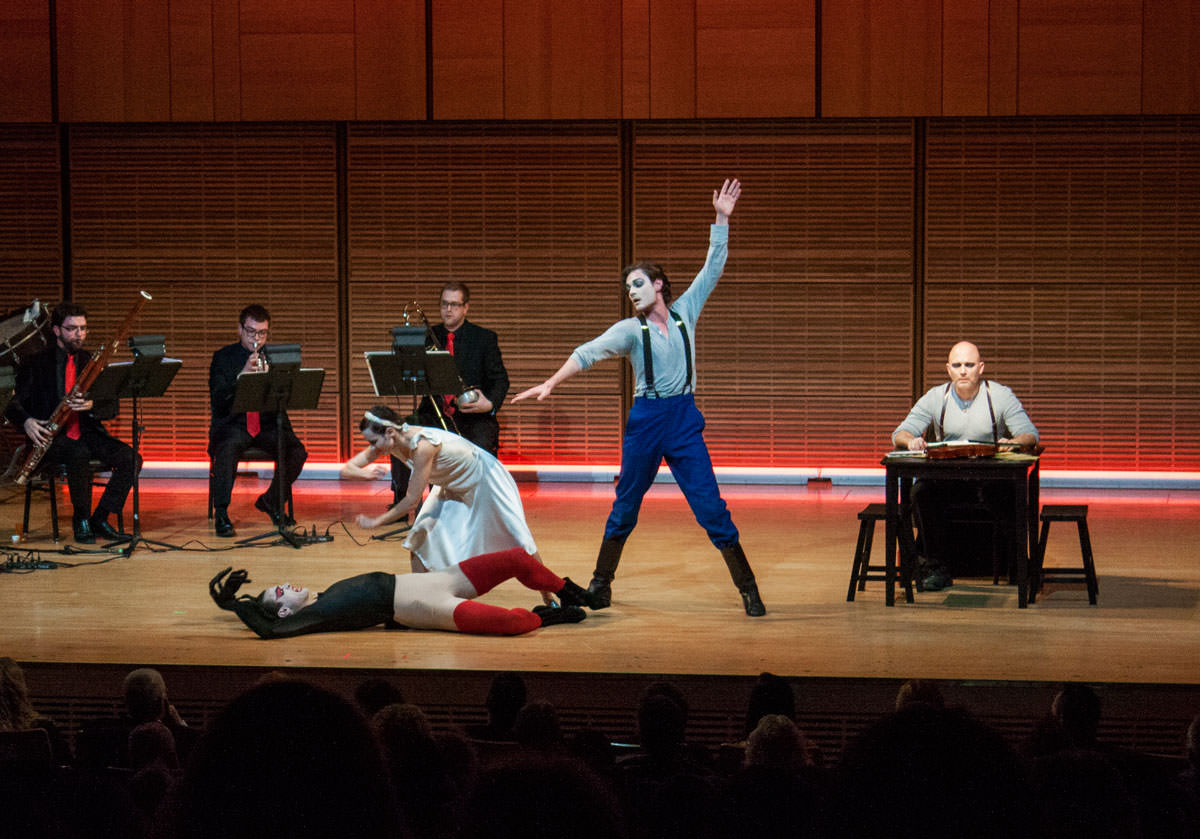 With the centenary of Stravinsky's Rite of Spring safely behind us, there's value in a reminder of the great variety of music the composer brought out through his long career before and after the Rite's riotous 1913 premiere.

Yale in New York brought an enchanting new production of the dance-theater piece The Soldier's Tale to Carnegie Hall's downstairs hall last night, featuring Michael Cerveris in the key role of the Narrator and Yale drama students in the dancing/speaking roles.

Based on a Russian folk tale, and written in response to the dislocations of World War One, the work premiered in 1918 with text by C. F. Ramuz. With a bouncy, sometimes Seussian new translation by director Liz Diamond, the Yale production showed how accessible and amusing Stravinsky's music could be--even before the 1920s ushered in what's generally considered his "neoclassical" style.

Carnivalesque, modernist, faintly jazzy, sometimes dissonant but without the pounding primitivism that made Rite of Spring so troubling, the score is nevertheless replete with changing time signatures that make choreography a challenge. Emily Coates, director of dance studies at Yale, met it handily, aided by three talented and winning young performers who, though not professional dancers, conveyed with grace and humor the story of the soldier who sells his beloved violin to the Devil in return for endless riches.

James Cusati-Moyer was especially agile as the Devil, who takes various forms--card shark, Cabaret-style emcee, bent old gypsy woman--as he manipulates the Soldier and bends him to his will year after year. As effective if less splashy, Tom Pecinka brought a steadier, more muscular style to the role of the Soldier.

…The music was of a piece with the staging, performed with fire, humor and intensity by a seven-piece ensemble anchored by clarinetist and musical director David Shifrin but without a conductor--an impressive feat with this rhythmically complex music. Altogether, this was a fine Soldier's Tale which made clear how timeless art can be…