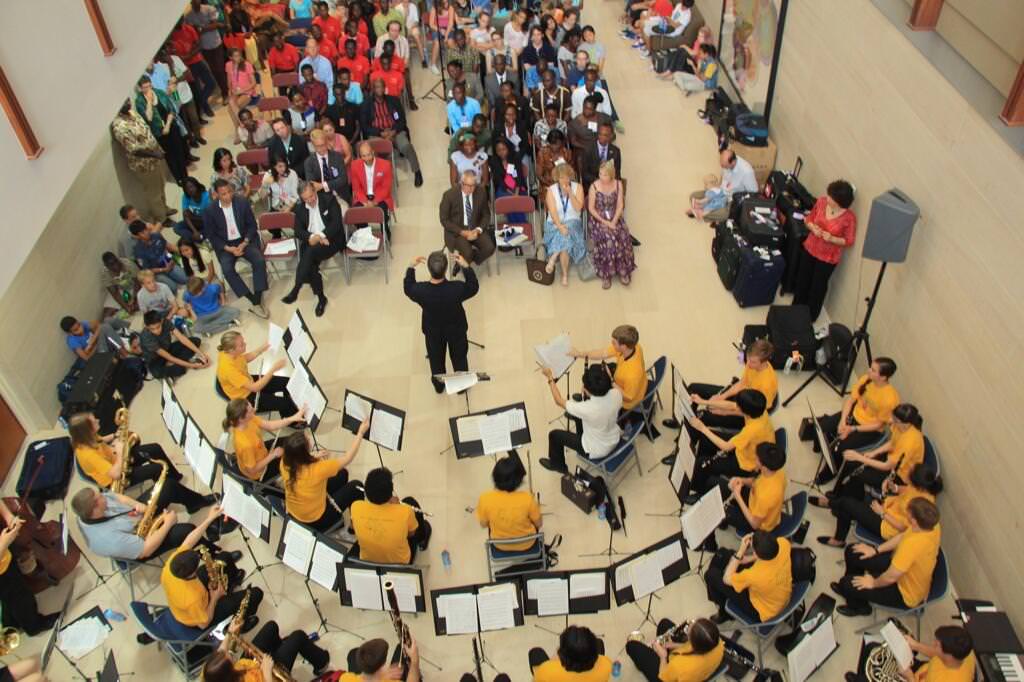 This afternoon, the Yale Concert Band and Yale Percussion Group visited the United States Embassy in Accra. The group performed a short concert for an audience that included diplomatic staff, as well as for high school students visiting the Embassy and a group of Ghanaian fellows of the Young African Leadership Initiative (YALI). Ambassador Gene A. Cretz addressed the group before the concert. In the evening, the Yale ensembles headed to the amphitheater at Legon University, where they joined Legon students for a Nkonsonkonson "Unity" Concert. Several ensembles from Legon's Department of Music, School of Performing Arts took part, including the choral ensemble, Ateneben (wind) Ensemble, African Ensemble, and Pop Ensemble. 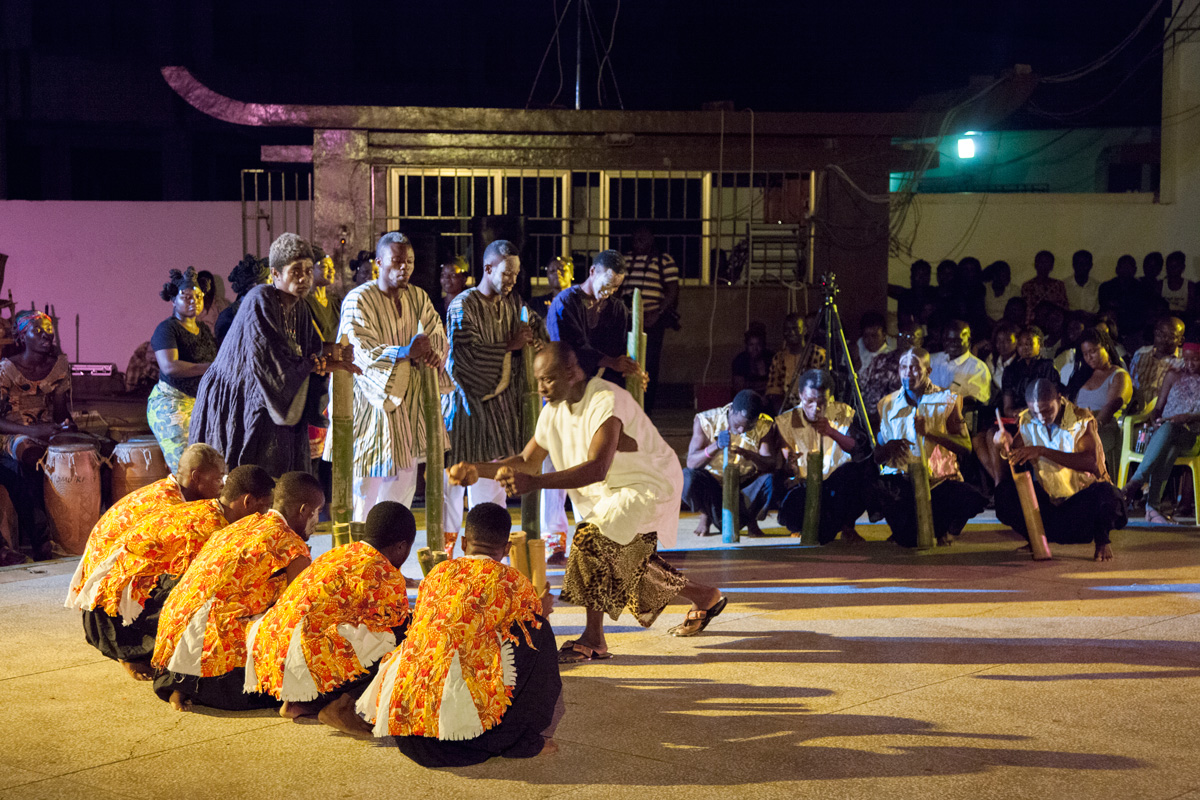 The Pop Ensemble's performance brought the audience out to dance in the center of the amphitheater. The Yale Percussion Group and Yale Concert Band closed the evening, bringing in some of the Ghanaian student performers to collaborate on a few numbers. Professor Kofi Agyekum welcomed the Ghanaian and American students to the outdoor setting, and Thomas C. Duffy expressed his gratitude at the close of the concert. EEK Fiagbedzi was the emcee for the evening. The Yale Club of Ghana co-presented the event. 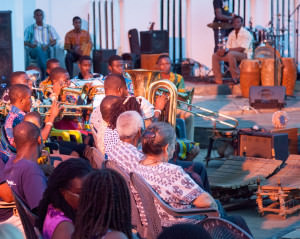 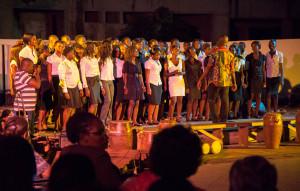 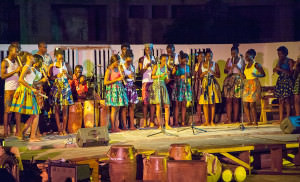 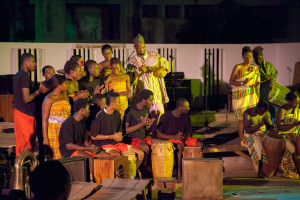 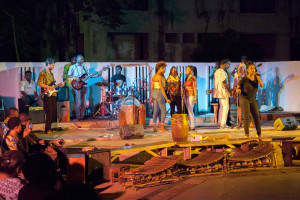 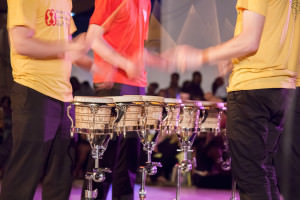 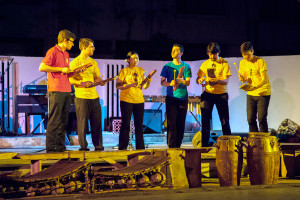 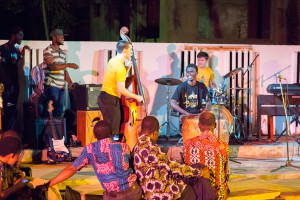 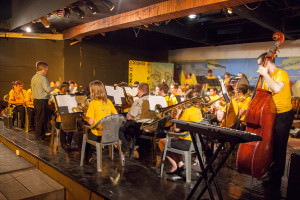