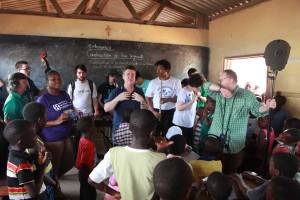 The Yale Concert Band and Yale Percussion Group arrived yesterday at Cape Coast. This morning they visited the village of Yamoransa, with which Yale has an ongoing partnership. Three groups of Yale musicians went into classrooms, where they introduced themselves and their instruments to Yamoransa students. Each band member explained the parts of the instrument and demonstrated how it works, and the students learned about woodwinds, brass, and percussion instruments. The band members then played the Yale fight song, with the Yamoransa students clapping along. Thomas C. Duffy, director of the Yale Bands, described what a conductor does. Then he demonstrated by leading the students in clapping in changing tempos. 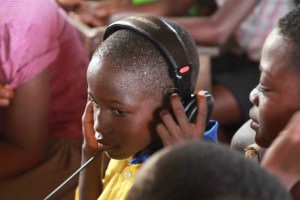 Lee Faulkner, director of the Digital Media Center for the Arts, showed the students the head-shaped binaural microphone that records the way sound enters the human ear. Students took turns listening live to the audio feed on headphones. Members of the Yale Alumni Service Corps gave out kazoos, which were a huge hit with the students. These music sessions were one of several community service projects taking place in Yamoransa this week. Forthcoming posts will cover those in more depth. 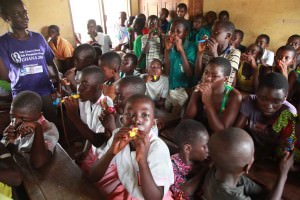 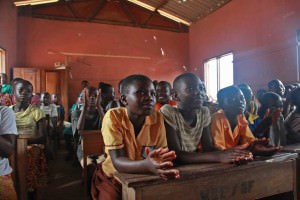 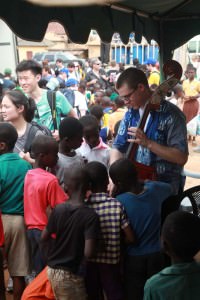 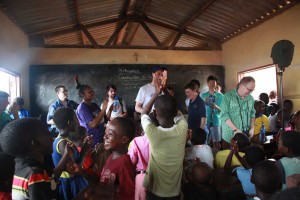