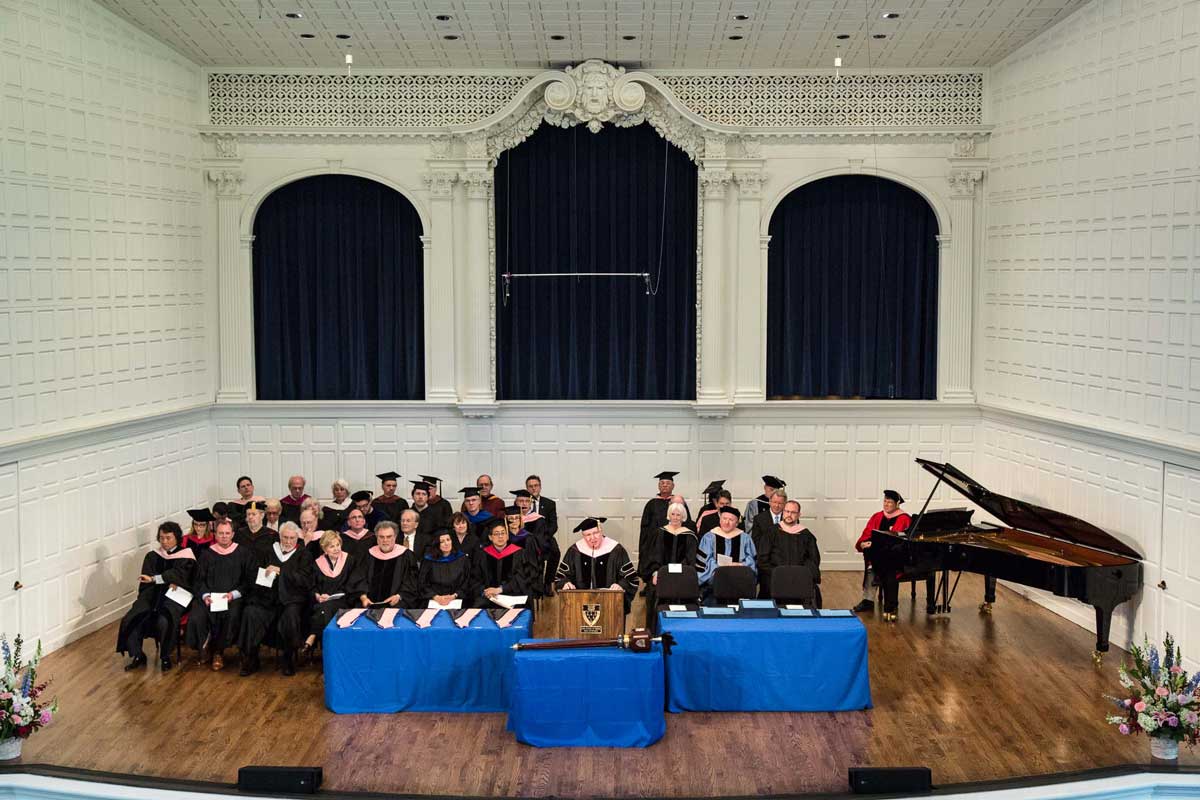 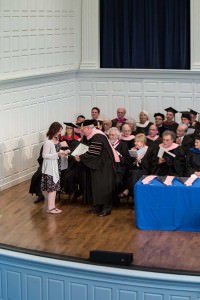 The School of Music awards three prizes at Commencement. The Harriet Gibbs Fox Memorial Prize, for a student who has achieved the highest grade point average during his or her first year at the School of Music, was awarded to Fiona Jane Last. The Horatio Parker Memorial Prize is awarded to students selected by the faculty as best fulfilling Dean Parker’s lofty musical ideals. This year's recipient was Douglas Perry. Finally, Darren Hicks received the Dean’s Prize, the School’s highest excellence award, which is given to a member of the graduating class who is selected by the dean in consultation with the faculty. Dean Blocker gave the charge to the graduating class; his talk was titled "The Space Between the Notes." The School then awarded degrees to the graduates. 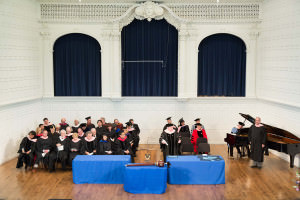 It is the School's tradition to sing Schubert's "An die Musik" at Commencement and Convocation. Faculty members James Taylor, tenor, and Martin Jean, piano, performed the song before the audience joined in. At the university-wide Commencement ceremonies, two honorary Doctor of Music degrees were awarded, to legendary bluegrass musician Ralph Stanley, and to Juilliard president and YSM alumnus Joseph W. Polisi. 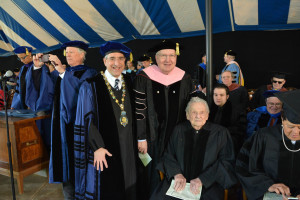 The citation for Stanley read, in part: "You are the patriarch of traditional mountain and bluegrass music. From the Clinch Mountains of Southwest Virginia to the concert halls of the world, you have taken a distinctly American sound and made it your own… The 'Stanley style' of picking produces a distinctive and characteristic rhythm, and generations of singers have been influenced by your signature voice with its mournful sound and raw, emotional power. You are a living legend, and we sing your praises." 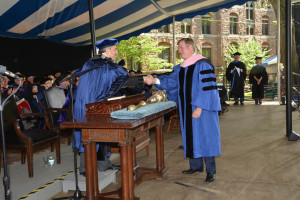 The citation for Polisi called him "a compelling advocate for the arts" and noted: "You are a gifted musician, teacher, and administrator. You have been instrumental in creating community outreach programs, bringing the arts to children in city schools, and working for curriculum reform to embrace the arts. You have used your background in international relations to further musical diplomacy in international settings and to promote the role of the arts in public discourse and experience. You are one of Yale’s own, and we are proud to award this degree of Doctor of Music." 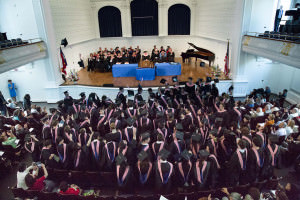 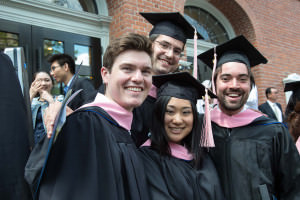 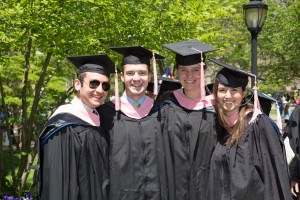 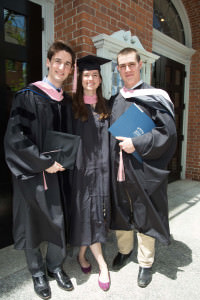 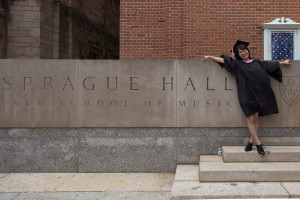 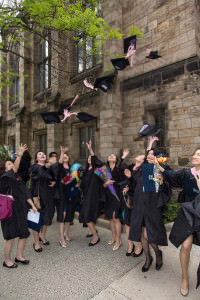