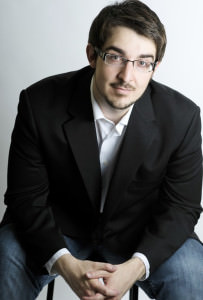 Charles Richard-Hamelin was recently awarded the second prize at the Montreal International Piano Competition. He also received the prize for the Best Canadian Artist, supported by the Bourbeau Foundation.

Following the quarterfinal round, in which 24 pianists from 15 countries competed at Salle Bourgie May 26–28, twelve semi-finalists took the same stage May 30–31. In the final round, held June 3–4 at the Maison symphonique de Montréal, the six remaining competitors each performed a concerto of their choice with the Orchestre symphonique de Montréal. Richard-Hamelin played Rachmaninoff's Concerto No. 2.

The closing gala concert took place June 6 at the Maison symphonique; the laureates performed with the Orchestre symphonique de Montréal under the direction of Maestro Guerrero following the official awards ceremony.

Maestro Giancarlo Guerrero, who made his Montreal debut at the MIMC, said: "When I hear young performers of this calibre already demonstrating so much self-assurance, musicality and passion, I have no doubt that the future of our art is in good hands... they are so incredibly talented that they make my job easy."

Charles Richard-Hamelin, who earned his Master of Music degree from the Yale School of Music in 2013, is currently studying with André Laplante at the Conservatoire de musique du Québec à Montréal. His previous accolades include Third Prize and the award for the best performance of a Beethoven sonata at the 2014 Seoul International Music Competition; Second Prize at the 2012 OSM Standard Life Competition in Montréal and prize for the best performance of a Canadian work; and First Prize in the 2012 Toronto Symphony Orchestra National Piano Competition.