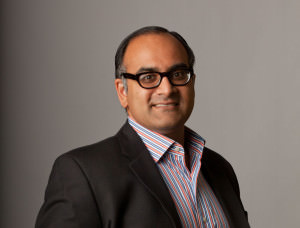 Ravi Rajan '00 MM was recently named to the Nominating Committee of the TONY Awards. Along with 49 other theatre professionals that comprise the committee, Rajan will serve a three-year term. The committee for the 2014–2015 Broadway season was announced June 11.

The members of the Nominating Committee attend all productions during the Broadway season. The Nominating Committee then meets to determine, by vote, the Tony Award nominees for that season. Last season there were about 50 productions. "While being on the committee is a major commitment of one's time and energy, the effort is worth it, as the TONY awards bring great public value to the theatre by the broad attention the awards attract," he said.

"It is an honor to serve as a nominator for the TONY awards," Rajan added, "and help the American Theatre Wing and the Broadway League support the work of the men and women that make theatre possible in the U.S."