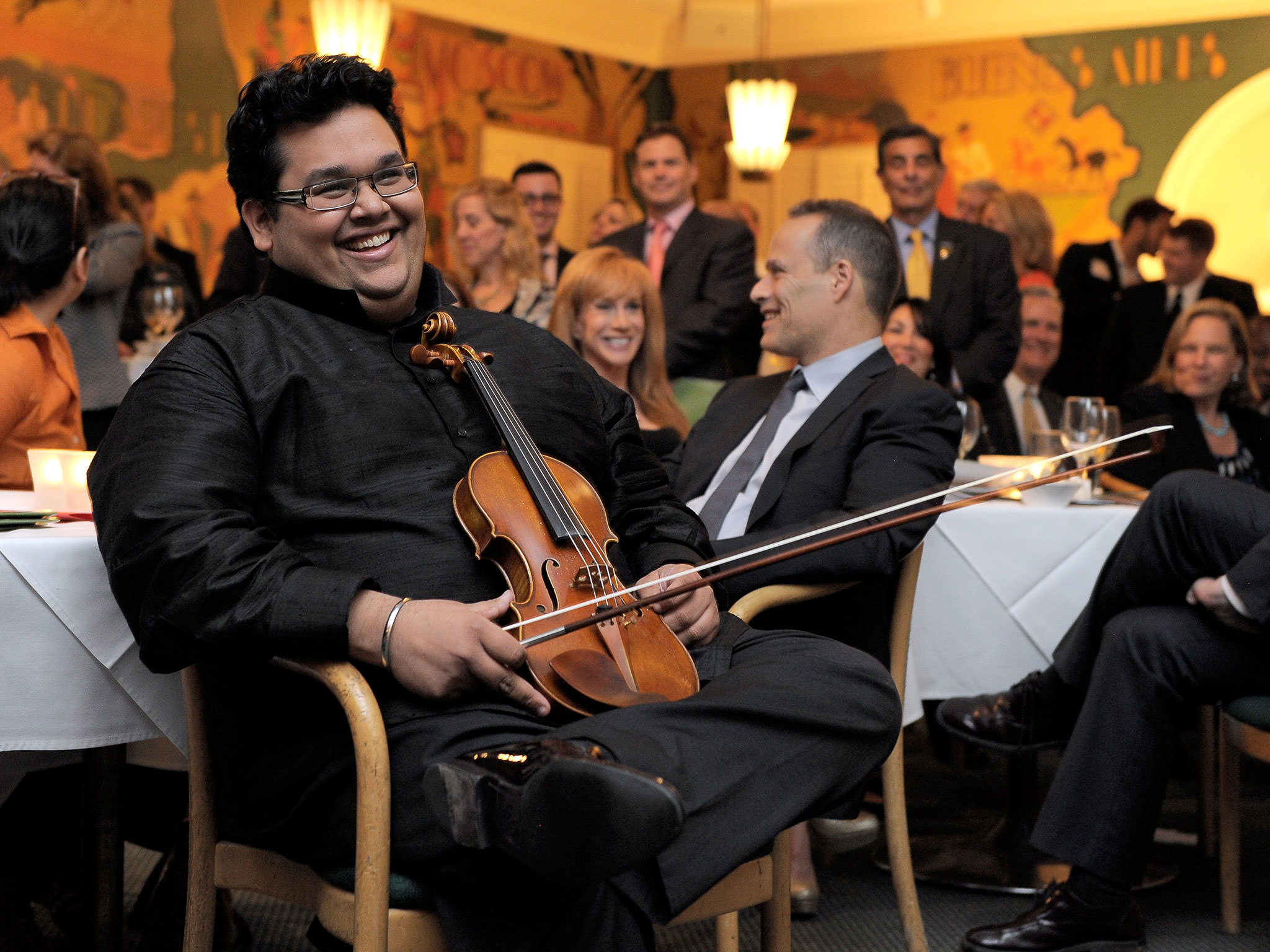 About 150 audience members are listening rapt as Vijay Gupta, acclaimed violinist for the Los Angeles Philharmonic, and his colleague Zach Dellinger play a movement by Mozart for the violin and viola. Some of those watching nod their heads or tap their feet, others close their eyes, the better to appreciate the sprightly interplay of the two instruments.

Unlike Gupta’s regular audience at the Walt Disney Concert Hall in Downtown LA, some of whom will pay more than $250 (£146) for a ticket, today’s crowd are hearing him play for free. But the assembled men in blue jumpsuits are not, themselves, free. They are all low-level offenders serving out custodial sentences at the Pitchess Detention Centre, around half an hour north of LA.

This is the 50th such gig that Gupta, 26, has played at an LA County jail for Street Symphony, the non-profit organisation that he co-founded to bring live classical music to the imprisoned, the mentally ill, the homeless and other disadvantaged and disenfranchised members of Southern California society: “To places,” he says, “where no one like us ever dared to go before.”

The Disney Hall is located just a few blocks from the borders of Skid Row, a neighbourhood in the heart of America’s second city which contains the largest concentration of homeless people in the US. It was that physical proximity, and that spiritual disparity, which inspired Gupta to set up Street Symphony in 2011. The organisation now consists of Gupta’s string quartet and four other ensembles, including a jazz group, all of whom play regular Street Symphony shows.

“At first we thought we were bringing music to people who would never have access to Disney Hall,” Gupta says. “But later we realised that it was working on us as well, because these were people that we didn’t have access to either – because we choose not to. Street Symphony doesn’t have a religious mission or a political agenda, it’s just about us showing up and saying, ‘We’re paying attention to what’s going on here, and maybe you should, too.’”