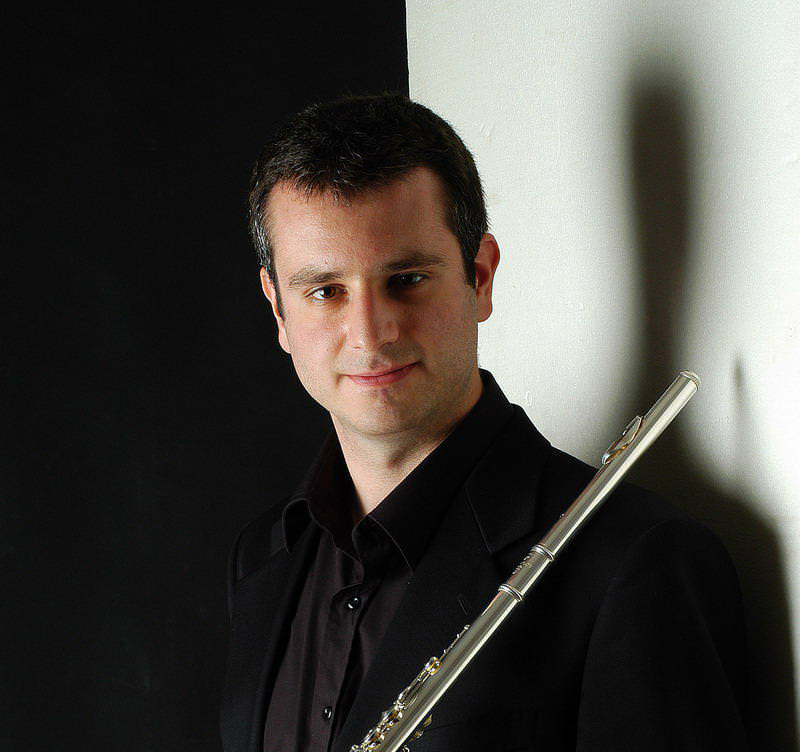 Enrico Sartori '05MM has won the position of Principal Flute in the Opéra de Lyon.

Italian flutist Enrico Sartori maintains an intense concert schedule as a soloist in Europe and the U.S. At the beginning of the 2009 season, Mr. Sartori made his Carnegie Hall debut as a winner of the Artist International Competition. His performance at Weill Recital Hall received an unanimous standing ovation.

Enrico Sartori released his first solo CD in 2002 for BM records, and has collaborated with numerous recording artists for the production of other CDs. In 2005 he worked with Naxos for the release of the Charles Ives Songs recording.

Active as a teacher, he has taught at Yale University, SUNY Stony Brook, and University of Nebraska. He has held several flute master classes over the summer, including during the international musical festival Musical Summer in Maribor, Slovenia (2006) and at the Consevartorio of Morelia, Mexico (2008).

Enrico Sartori earned his doctorate at SUNY Stony Brook (2011), his master's degree at the Yale School of Music (2005), and his bachelor’s degree at the Conservatorio G. Verdi of Turin (Italy) in 2001 with full honors. He was awarded the Berrino Prize as best performer and until 2007 he was awarded a scholarship from the De Sono Music Association financed by the Praemium Imperiale Grant for Young Artist (Japan). In 2007 – 2008 he has been the recipient of the Hixson-Lied Fellowship in Music at the University of Nebraska-Lincoln. His major flute teachers were Carol Wincenc, Ransom Wilson, John Bailey, Emmanuel Pahud, Peter Lukas Graf, Maxance Larrieu, Bruno Cavallo and Antonmario Semolini.