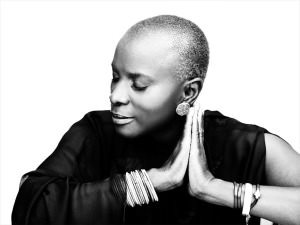 This weekend, members of three Yale musical ensembles will have the chance to perform with a Grammy Award-winning artist.

Singer, author and women’s rights activist Angélique Kidjo will be doing a benefit concert for the Yale Africa Initiative Student Scholarship with members of the Yale Concert Band, Yale Percussion and Shades this Saturday. Kidjo is scheduled to perform five of her songs with various combinations of the ensembles that will accompany her. Yale Concert Band Director Thomas Duffy highlighted the diversity of musical influences that is reflected in Kidjo’s music, adding that the concert will be a rare opportunity for Yale student musicians to perform with a widely renowned artist.

“This is a world-class figure, the Bob Dylan of Africa,” Duffy said.

Though the concert program has not been finalized, Duffy noted, the groups’ current plan is to perform five songs: “Agolo,” “Awolale,” “Malaika,” “Tumba” and “Afrika.” He explained that the first rehearsal for the concert will be held tomorrow, and it is possible that Kidjo or the musicians will decide to alter the program. Eugene Kim ’16, president of the Yale Concert Band, said he thinks the show will be unique because while the Yale Concert Band and Yale Percussion are familiar with music of the African diaspora, the groups rarely accompany vocalists.

Duffy said he believes Kidjo is a unique artist because her work is a hybrid of the African music she grew up with, the French influences she acquired during her training in France and the western pop she has been exposed to since her rise to prominence within the music industry. Kidjo is known for being able to sing in four languages: English, French, Yoruba and Fon.

Kidjo has been a UNICEF Goodwill Ambassador since 2002 and is the founder of the Batonga Foundation, which promotes secondary and higher education for women. Robert van Sice, director of the Yale Percussion Group, said he respects the way in which Kidjo uses her fame as a platform for advocating social reform. Duffy noted that Kidjo’s latest musical album was about struggles that African women face. She wants to do this benefit concert because she wants to work with students and get them involved in the cause, Duffy added.