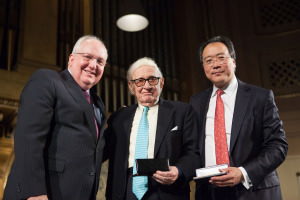 The event opened with Jean-Baptiste Barrière's Sonata in G major for two cellos, for which Ma paired up with Assistant Professor of Cello Ole Akahoshi.

Ma then performed J.S. Bach’s Suite No. 3 in C major for solo cello to a rapt audience. 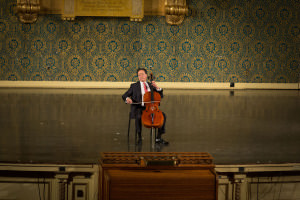 Yo-Yo Ma then interviewed Aldo Parisot onstage, a conversation between two masters of the cello who enjoy a longstanding warm friendship.

All proceeds from the sold-out concert will benefit the Cello Enrichment Fund at the School of Music. 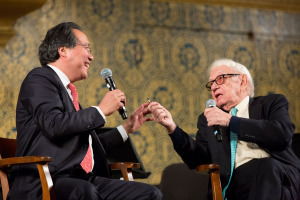 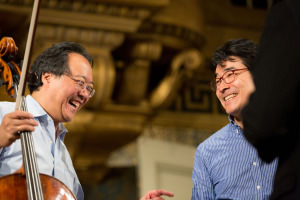 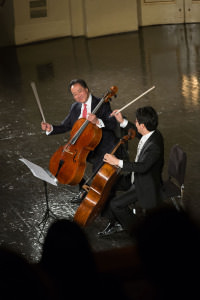 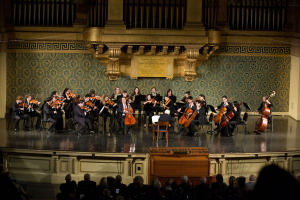 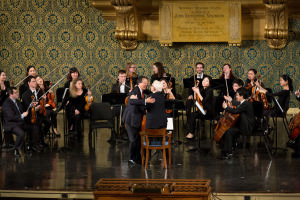