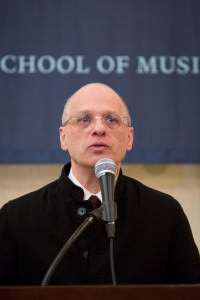 The Yale School of Music is pleased to announce the participants selected for the fifth Symposium on Music in Schools, which will take place June 4–7, 2015 on the Yale campus. This year’s Symposium will focus on partnerships between professional music organizations and public school music programs.

The 2015 winners comprise 38 partnerships hailing from 19 states and the District of Columbia. The majority represent urban school districts, but many are from suburban and rural districts. The music organizations include orchestras, jazz, opera, community music schools, and concert presenters. Among the participants are such major organizations as the Philadelphia Orchestra, Jazz Aspen Snowmass, Baltimore Symphony Orchestra, the Cliburn Competition, Astral Artists, and the National Symphony Orchestra. 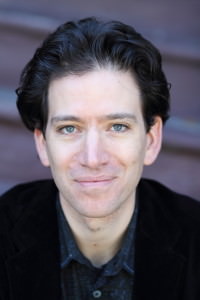 The Symposium facilitates high-level discussion about the importance of music in young people’s lives. In addition, the event recognizes teachers nationwide with the Yale Distinguished Music Educator Awards. The biennial event was made possible by an endowment created by the Yale College Class of 1957. “Our hope for this Symposium,” said Michael Yaffe, Associate Dean of YSM and the director of the event, “is to highlight the numerous ways that school districts and professional musicians leverage their strengths to create sustainable partnerships, and to create an ongoing network for these partnerships to communicate.”

This year’s Symposium participants will spend three days in strategic sessions exploring their role in creating quality music activities for school children, and how and why their partnership is such an important way to accomplish these aims. It will also explore the political, philosophical, and practical reasons why partnerships must have clear missions, sustainable models, research capabilities, and connections to the public school curriculum.

David Lang ’89 DMA, a professor in the YSM composition program and the co-founder and director of Bang on a Can, will give the keynote address. Lang, who was Musical America’s Composer of the Year in 2013, will speak about differences in the delivery of music education to him and to his son.

MacArthur Fellow Sebastian Ruth, a visiting lecturer at YSM who is the founding director of Community Music Works in Providence, R.I., will also give a major speech. Ruth teaches a Yale course on Music and Civil Society, and his address will explore the philosophical basis of the claim that musicians can develop programs that will make their communities as a whole stronger and more vibrant. 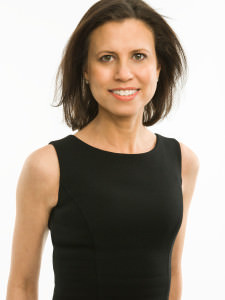 Journalist Joanne Lipman, a former deputy managing editor of the Wall Street Journal and co-author of Strings Attached, will discuss how music educators can make the case for the value of their work in the context of the general education of young people.

While the Yale School of Music is primarily a graduate school for composers and performers, this unique biennial event recognizes the work of music teachers across America. The School of Music solicited applications from substantive partnerships that created a program stronger than either partner could have on its own. The selected partnership programs will send two representatives to New Haven: one from the public school and one from the professional music organization.

The Symposium allows the School of Music to make the connection between quality music programs in the public schools and the development of professional musicians, amateurs, and audience members. In addition, it articulates a vision that supports the work of pre-college music teachers, and in this case also their partners in the music community of their region.

In hopes of continuing the conversation about educational partnerships beyond the Symposium, the YSM will publish and disseminate papers, conversations, and interviews following the Symposium. 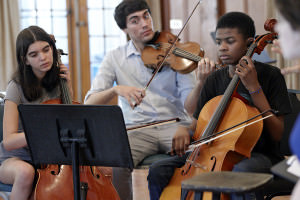 The Yale School of Music is a graduate professional school of Yale University. While the School does not offer degree programs in music education, it creates awareness in its students about the role that music can play in the development of a better world. The School of Music has long supported arts education programs in the New Haven Public Schools; this effort was enhanced by the establishment of the Music in Schools Initiative in 2007, thanks to the generous 50th reunion class gift by the Yale College Class of 1957.

The Yale Symposium on Music in Schools is made possible by the endowment created by this reunion gift. The endowment supports youth programs in collaboration with the New Haven Public Schools music program, the presence of a visiting lecturer on community engagement, and a biennial Symposium on Music in Schools. During the academic year, the Music in Schools Initiative places teaching artists in more than thirty public schools throughout New Haven. Teaching artists are YSM students trained to complement the work of full-time NHPS music teachers. They teach sectionals, ensembles, private lessons, and other activities depending on the needs of the school to which they are assigned.

The Music in Schools Initiative also hosts the All-City Honors Ensembles, the Yale/New Haven Young Artists Solo Competition, and other activities throughout the year.

Participants in the 2015 Symposium on Music in Schools