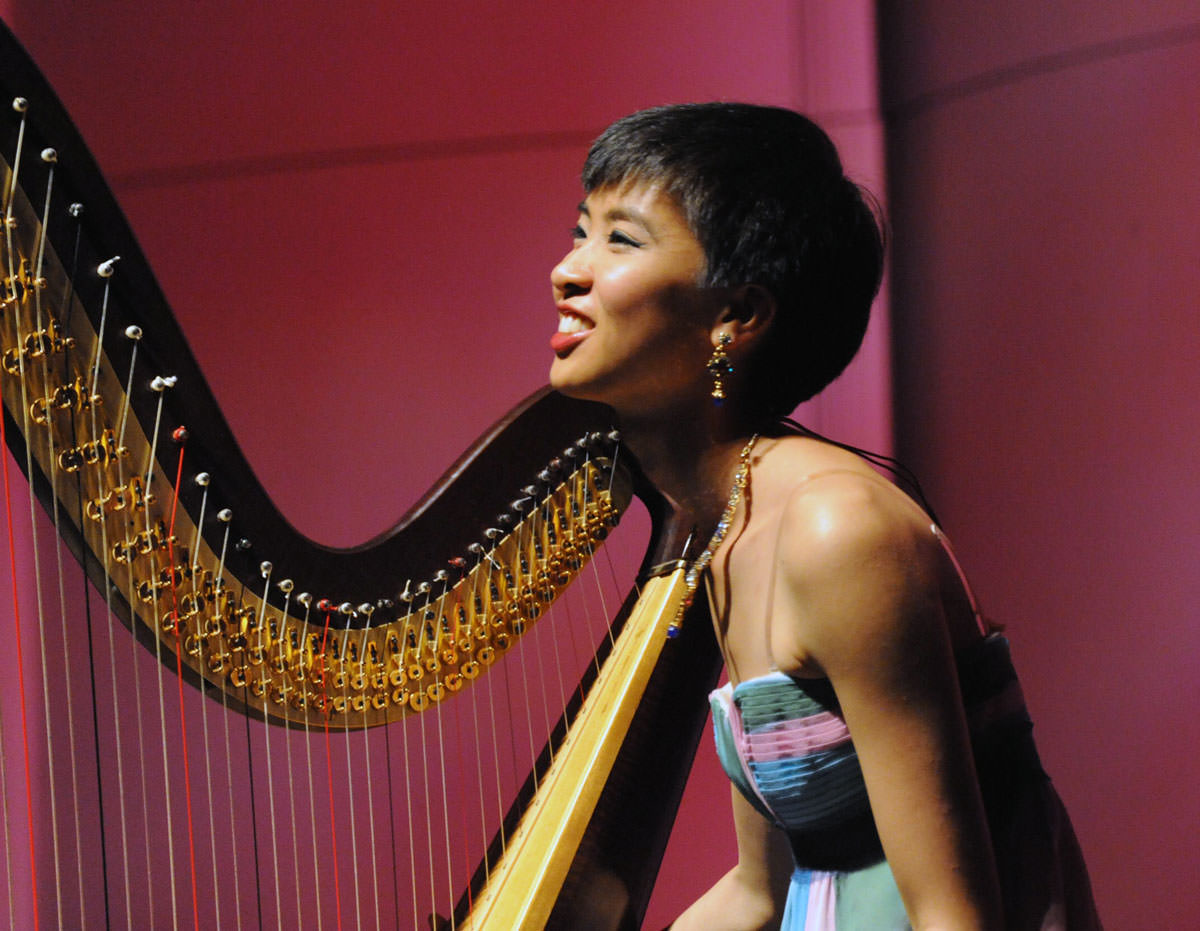 The first-ever Korea International Harp Competition was held in Seoul May 23–26, 2015. In the Young Professional Division, Noël Wan ’16MM won second prize. Wan is a student of June Han at the Yale School of Music.

Taiwanese-American harpist Noël Wan (1994) is an international prize winner and critically acclaimed concert artist whose "exquisite musicality, impeccable technique, and mature interpretation of music in different styles" has earned her the commendation of being "one of the best harpists in this generation" (Dan Yu). The first harpist to win the Carmel Music Society Instrumental Competition and the Pacific Musical Society Competition, Noël is also the youngest winner in the history of the Dutch Harp Festival Competition. Other accolades include First Prize in the 22nd and 25th Chi-mei Arts Award Competition, Second Prize in the 2013 Nippon International Harp Competition, the Aharon Zvi and Mara Propes Foundation Special Award, and the Forgotten Lore Prize in the 1st Dutch Harp Festival Competition.

She holds multiple prizes from the American Harp Society National Competition and has been a semi-finalist in both the 17th and 18th International Harp Contests in Israel as well as a two-time finalist for the Krannert Debut Artist Award. Also a keen and active participant in the discourse of harp pedagogy, Noël maintains an informal studio in San Jose, California and has presided on the jury of the 21st CMTANC International Youth Music Competition. She currently serves as a Laureate Ambassador—a position she has held since 2011—for the Dutch Harp Festival.

Lauded as "an enchanting player" and “a huge talent [with] hidden power and amazing maturity" (Bart van Oort), Noël has been actively concertizing in Asia, Europe, and North America since 2003. In 2010, she made her international debut performing Alberto Ginastera's Harp Concerto with the Utrecht Symphony Orchestra and appeared on the Dutch Radio 4 program Spiegelzaal at the Concertgebouw. The following year, she released her debut album The Secret Garden and embarked on a Dutch concert tour featuring two guest artists, violinist Rosanne Philippens and harpist Remy van Kesteren. She has performed in three World Harp Congresses (2005, 2008, 2011) and was invited to commemorate the re-opening of the Taiwan Harp Center in 2013. This summer, she will close the Carmel Music Society's 2014–2015 season with a solo concert and will also be featured as a performer in the 2015 Taiwan International Harp Festival.