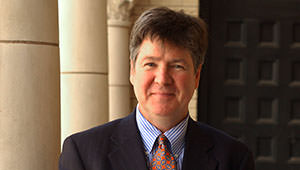 Thomas C. Duffy, professor of music and director of university bands at Yale University will succeed Netta Hadari, who served as conductor of the Youth Orchestra for the past five years, according to a release from the school.

“What an honor to be invited to be the next in a long line of distinguished conductors of the Greater New Haven Youth Orchestra,” Duffy said in the release. “For most of my life I have enjoyed conducting professional and academic orchestras and wind bands all over the world. But there is something special about the process of introducing pre-college musicians to the challenges and delights of performing major repertoire -- Beethoven, Brahms, Stravinsky, Elgar, Britten and others -- for the very first time.”

Duffy has established himself as a composer, conductor, teacher, administrator and leader. The Yale bands have performed at conferences, for club audiences in New York, London and Bermuda and performed in 10 countries in the course of 16 international tours while under his direction. He has conducted ensembles all over the world and was chosen to conduct the 2011 National Association for Music Education (NAFME) National Honor Band at the Kennedy Center.

The Youth Orchestra is one of the top youth ensembles in Connecticut and focuses on preparation of major symphonic literature leading to several performances a year.

“We are thrilled to have an internationally renowned musician of Tom’s caliber joining our distinguished faculty,” Executive Director of Neighborhood Music School Dan Gurvich said in the release. “His experience will be invaluable to the Youth Orchestra, which showcases top instrumental talent from 25 towns in our area.”