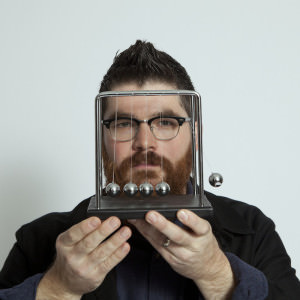 Josh Quillen is playing, teaching, drilling, thinking, and perhaps dreaming pan from campus halls to concert halls, from Trinidad to Brooklyn, from dance performances to a digital album.

On his return from the International Conference and Panorama competition where he performed with the Brooklyn Steel Orchestra (who earned a respectable fourth place tie with Phase II), Quillen was at the Brooklyn Labor Day Panorama where he drilled the Crossfire Steel Orchestra along with his former student Kendall Williams, the band’s arranger.

Reflecting on the summer of pan activities, Quillen very much enjoyed his time at the International Conference and Panorama, noting that “I had a blast!” and he had strong praise for the Skiffle Bunch Steel Orchestra and their manager Junia Regrello for their hospitality, support, and use of instruments. Like other foreign bands attending the International Conference and Panorama, different note configurations on the low steelpan sets proved a challenge for several players.

Quillen traveled to T&T for the first time in 2002 and performed with Phase II Pan Groove. He was greatly influenced by Phase II leader Len “Boogsie” Sharpe and Quillen’s interest in the traditional steelpan music of Trinidad ran in parallel with his education in western music, first at Akron, and then at the Yale School of Music where he studied with marimba soloist Robert Van Sice and received a Masters degree in 2006.

These parallel interests led Josh to break ground in the use of pan in contemporary classical music and he has, to date, commissioned over a dozen pieces for pan.

This summer he released a unique digital album, simply titled Steel Drums. It has ten pieces for double seconds, five pieces that he had commissioned and then five covers that he started working on as he was learning to solo on the instrument.

According to Quillen, the five covers are “pieces that would make my girlfriend swoon, which seemed to work, ‘cause now she’s my wife. Most people won’t admit this—but you really only learn these things to impress girls. 'I Don’t Want to Live on the Moon,' that Kermit sang on Sesame Street, was one she always wanted me to play when I set up my drums.”

The rest of the album is comprised of pop and jazz standards by Cole Porter and classics like "What a Wonderful World" and favorites like Randy Newman’s "I Think It’s Gonna Rain."

MORE INFO: Quillen’s album Steel Drums can be heard in its entirety at joshquillen.bandcamp.com/releases