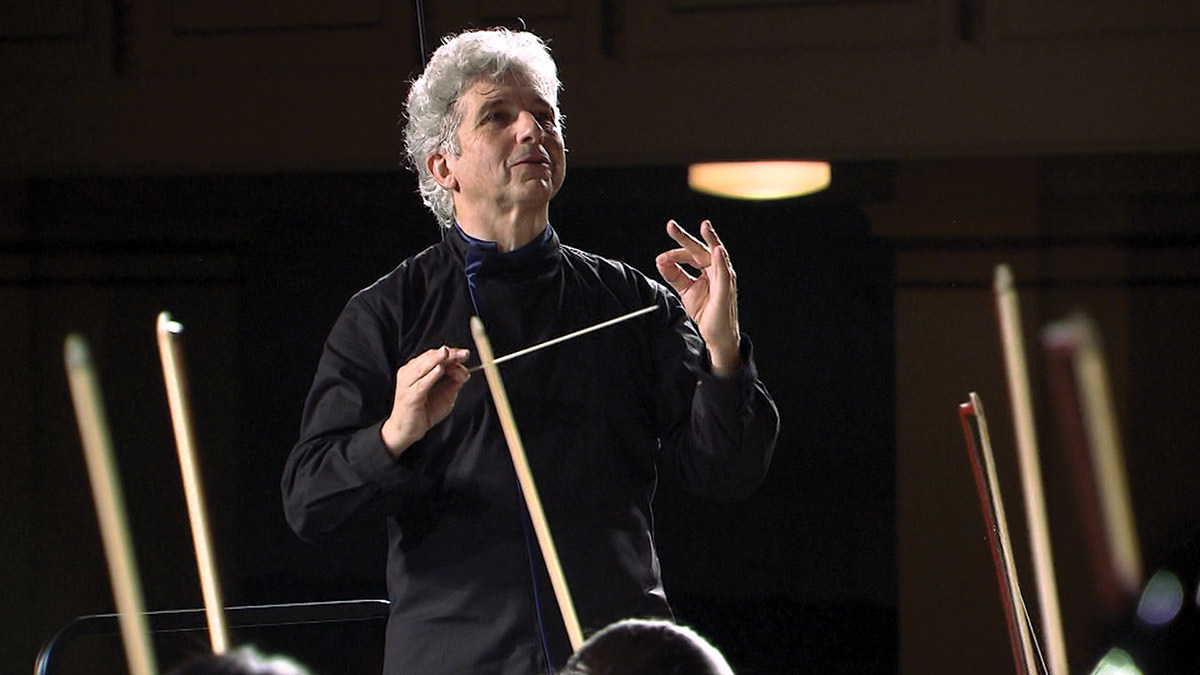 The Yale School of Music is pleased to announce that conductor Peter Oundjian has been named the principal conductor of the Yale Philharmonia, continuing his nearly 35-year affiliation with the School. Mr. Oundjian will conduct three concerts every year with the Yale Philharmonia and will help shape the artistic identity of the orchestra, including close involvement with the selection of guest conductors and repertoire.

Maestro Oundjian will be a major addition to the orchestral conducting program at the School. This program, which will admit one conductor this year, includes performances with the Yale Philharmonia and New Music New Haven in Sprague and Woolsey Halls, as well as opportunities to work with Maestro Oundjian and the guest conductors of the Yale Philharmonia, which in recent years have included Valery Gergiev, Yu Long, Hu Yongyan, Jahja Ling, and James Conlon, among many others. Maestro Oundjian will join colleagues in the admissions process and collaborate in providing a comprehensive curriculum for the conducting program.

About Peter Oundjian
A dynamic presence in the conducting world, Toronto-born conductor Peter Oundjian is renowned for his probing musicality, collaborative spirit, and engaging personality. Oundjian’s appointment as Music Director of the Toronto Symphony Orchestra in 2004 reinvigorated the orchestra with numerous recordings, tours, and acclaimed innovative programming as well as extensive audience growth, thereby significantly strengthening the ensemble’s presence in the world. In 2012 Oundjian was appointed Music Director of the Royal Scottish National Orchestra. Under his baton, the orchestra has enjoyed several successful tours including one to China, and has continued its relationship with Chandos Records. Previously, he served as Principal Guest Conductor of the Detroit Symphony Orchestra from 2006 to 2010 and Artistic Director at the Caramoor International Music Festival in New York between 1997 and 2007.

Oundjian was educated in England, where he studied the violin with Manoug Parikian. He then attended the Royal College of Music in London, where he was awarded the Gold Medal for Most Distinguished Student and the Stoutzker Prize for excellence in violin playing. He completed his violin training at the Juilliard School in New York, where he studied with Ivan Galamian, Itzhak Perlman, and Dorothy DeLay. Peter Oundjian was the first violinist of the renowned Tokyo String Quartet, a position he held for fourteen years. In May 2009, Mr. Oundjian received an honorary doctorate from the San Francisco Conservatory. Since 1981, he has been a visiting professor at the Yale School of Music, and was awarded the university’s Sanford Medal for distinguished service to music in 2013.