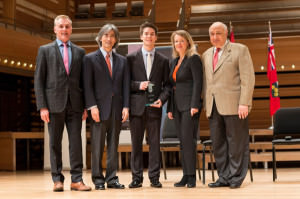 Pianist Scott MacIsaac '14 CERT won the grand prize and a number of other prizes in the OSM (Orchestre Symphonique de  Montreal) Competition.

In addition to cash awards, MacIsaac's prize includes a performance with Orchestre Symphonique de  Montreal, a concert tour with the YOA Orchestra of the Americas in six Nordic andBaltic countries, a concert with the Newfoundland Symphony Orchestra, four solo recitals, a professional recording and Radio Canada broadcast, and a number of residencies and scholarships for further study. 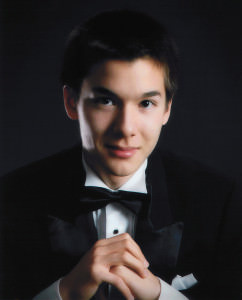 "I am very excited and am looking forward to a lot of performances in the coming year," said MacIsaac. The competition took place November 17 to 21, 2015 in Montreal.

Canadian pianist Scott MacIsaac began playing the piano at the age of five. In 2014, he graduated from the Yale School of Music under the guidance of Boris Berman and Peter Frankl. He currently resides in London, where he is continuing his musical studies with Ronan O’Hora at the Guildhall School of Music and Drama.

MacIsaac has performed internationally as a soloist throughout the United States, Canada, the Netherlands, England, France, Italy, Spain, and China. His most recent successes in the United Kingdom include top prizes at the Brant International Competition and the Royal Overseas League Competition. He has performed in such venues as Town Hall in Birmingham and Milton Court in London.

Scott’s other successes include numerous top prizes in many competitions including the Toronto Symphony Orchestra Piano Competition, the Shean Piano Competition, and two consecutive Grand Prize Awards in the Canadian Music Competition. As a concerto soloist, he has performed with numerous top Canadian orchestras. As a student at Yale, he made his Carnegie Hall debut performing Prokofiev in Weill Recital Hall.

For the past four summers, Scott has participated in the Banff Centre’s Piano Masterclass program. He has also been a participant in the International Holland Music Sessions and the Gijon International Piano Festival. WEBSITE