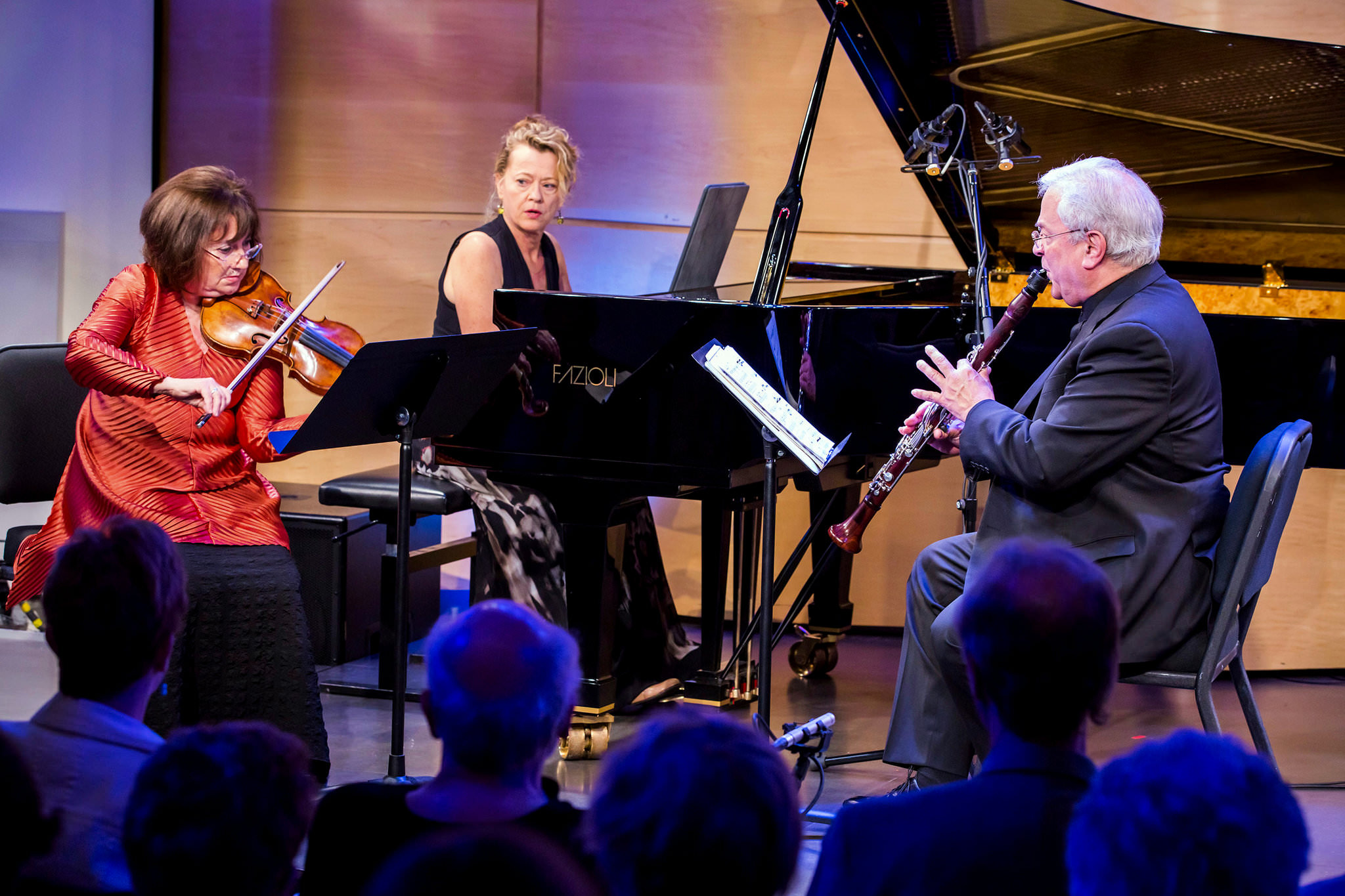 It’s rarely a compliment to describe a composer as “academic”: the word is usually applied to those perceived as being sequestered on campus creating esoteric, dreary works. Conversely, being too “accessible” (i.e., not challenging enough) has also been deemed a negative. But there’s nothing pejoratively “academic” or “accessible” about any of the Yale faculty composers featured during a concert on Wednesday at WQXR’s Greene Space in SoHo.

David Lang, Hannah Lash, Christopher Theofanidis, Aaron Jay Kernis and Martin Bresnick represent an accessible aesthetic that draws on multiple stylistic influences. Some of their music has been championed by Bang on a Can, the lively genre-bending collective whose three founders, all Yale alumni, include Mr. Lang. The vocalist Helga Davis hosted Wednesday’s event, part of the NY Phil Biennial, and interviewed each composer and Alan Gilbert, the Philharmonic’s music director, onstage.