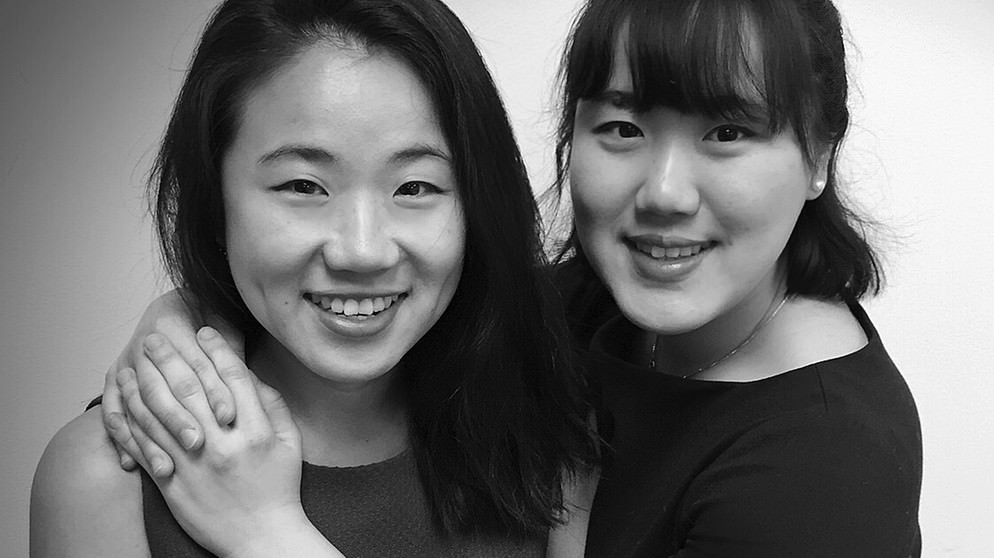 The Music Institute of Chicago announced that Duo Amadeae (Esther Park '12 AD, '13 MMA and Sun-A Park '16 AD) has been named first-prize winner and recipient of the Director's Award. They competed last week alongside 18 other piano duos representing 14 countries in Asia, Europe, and North America. Sun-A and Esther, who are sisters, received a cash prize of $10,000 as winners of the competition.

More about Esther
Pianist Esther Park has performed as a soloist with orchestras and in recitals across the United States as well as Asia and major European cities.  Park has appeared as soloist with many orchestras such as Houston Symphony, Yale Philharmonia, Corpus Christi Symphony, Filharmonia Pomorska, Poland, Orchestra Filarmonica, Romania, Shanghai Philharmonic, China,  Shreveport Symphony, the Juilliard Symphony, and the New Jersey Symphony. Park gave a five-city recital tour in Korea, and has performed at the Juilliard Theater in NYC, Alice Tully Hall, Lincoln Center, Carnegie Halls’ Weill Recital Hall, Salle Cortot in Paris, the New Jersey Performing Arts Center, Palau de la Musica, Valencia, Spain and on the Kum-Ho Music society’s Prodigy Series. She has appeared at the Music Academy of the West (Santa Barbara), the Aspen Music Festival, the Bowdoin Summer Music Festival in Maine, the Tel-Hai International Music Festival in Israel, and the Van Cliburn-TCU Institute in Texas.

Born in Busan, Korea in 1984, Ms. Park began to play in public soon after her first piano lessons at the age of four. She moved to the United States in 1995, after being accepted to the Juilliard School’s Pre-College division. Park has completed the undergraduate and graduate degrees from the Juilliard School, studying with Yoheved Kaplinsky. She has also studied at the Hochschule fur Musik und Theater, Hannover, under the tutelage of Mr. Bernd Goetzke. Ms. Park has since received the Artist Diploma and Master of Musical Arts degrees at the Yale School of Music under the guidance of Mr. Boris Berman. Since 2015, Ms. Park has been the visiting assistant professor of piano at East Tennessee State University.

Sun-A is an enthusiastic chamber musician, solo recitalist, and orchestral collaborator. She was featured in the Holland Music Sessions “Young Masters on Tour” Series, with recitals at major venues in the Netherlands (Het Concert- gebouw) and Slovakia (Slovak Philharmonic Hall). Additional concerto engagements have included performances with the Houston Symphony Orchestra, San Marino Republic Orchestra, Orchester Haydn, Hannover Hoch- schulorchester, New Jersey Symphony, Albany Symphony, and the Symphonic Orchestra of Castilla y León under the direction of such conductors as Eiji Oue, Arthur Hagen, Krzysztof Urbanski, and Alastair Willis. Sun-A has enjoyed appearances at important venues including Alice Tully Hall and Benaroya Hall in the United States, National Dublin Hall in Ireland, Sejong Arts Center in Korea, the Miguel Delibes Cultural Center in Spain, and the Sendai Cultural Center in Japan, where she recently performed concertos and recitals with the Sendai Symphony Orchestra.

Sun-A was born in Busan, South Korea and grew up in New Jersey. She began to play the piano at the age of four and later studied with Seymour Bernstein of New York University. Sun-A enrolled at the Juilliard School at the age of nine in the Pre-College Division and went on to complete her undergraduate and graduate studies at Juilliard with Yoheved Kaplinsky and Matti Raekallio. In 2014, Sun-A completed the prestigious Soloklasse Programm in Hannover, Germany with Bernd Goetzke. She studied with Professor Boris Berman at the Yale School of Music.