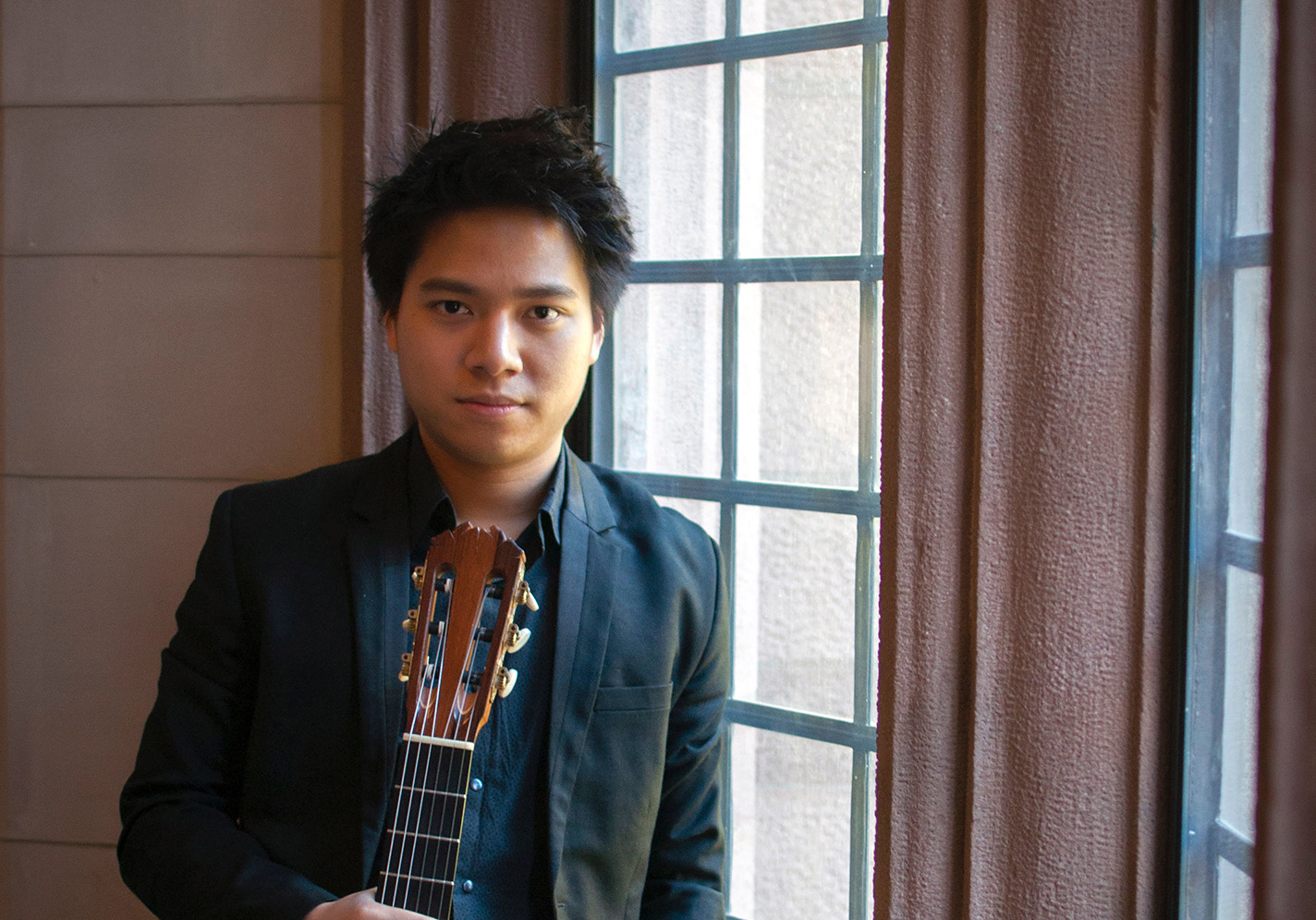 An Tran '16MM won first prize at the 2016 Hamilton International Guitar Competition in Ontario, Canada, earning a cash prize, custom handmade guitar, and an appearance at the 2017 Hamilton Guitar Festival.

At age 12, Tran won the top prize at the Vietnam National Guitar Competition. He has since won the Lincoln Academy of Illinois' Student Laureate Award and top prizes at the Society of American Musicians Guitar Competition, Evanston Music Club Competition, and Skokie Valley Symphony Orchestra Young Artist International Competition, among others. In 2010, Tran earned the Best Overseas Student Award, which was presented by the vice president of Vietnam. In 2015, he was invited to perform Rodrigo’s Concierto de Aranjuez with the Hanoi Philharmonic Orchestra.

A native of Hanoi, Tran studied at the Vietnam National Academy of Music, and received his Bachelor of Arts in Music from North Park University in Chicago, where he studied with Julie Goldberg and Tom Zelle. In May 2016, Tran graduated with his Master of Music degree from the Yale School of Music, where he studied with Benjamin Verdery. While at Yale, he also served as a Teaching Artist for YSM's Music in Schools Initiative. Tran will begin pursuing a Doctor of Musical Arts degree at Northwestern University in the fall.