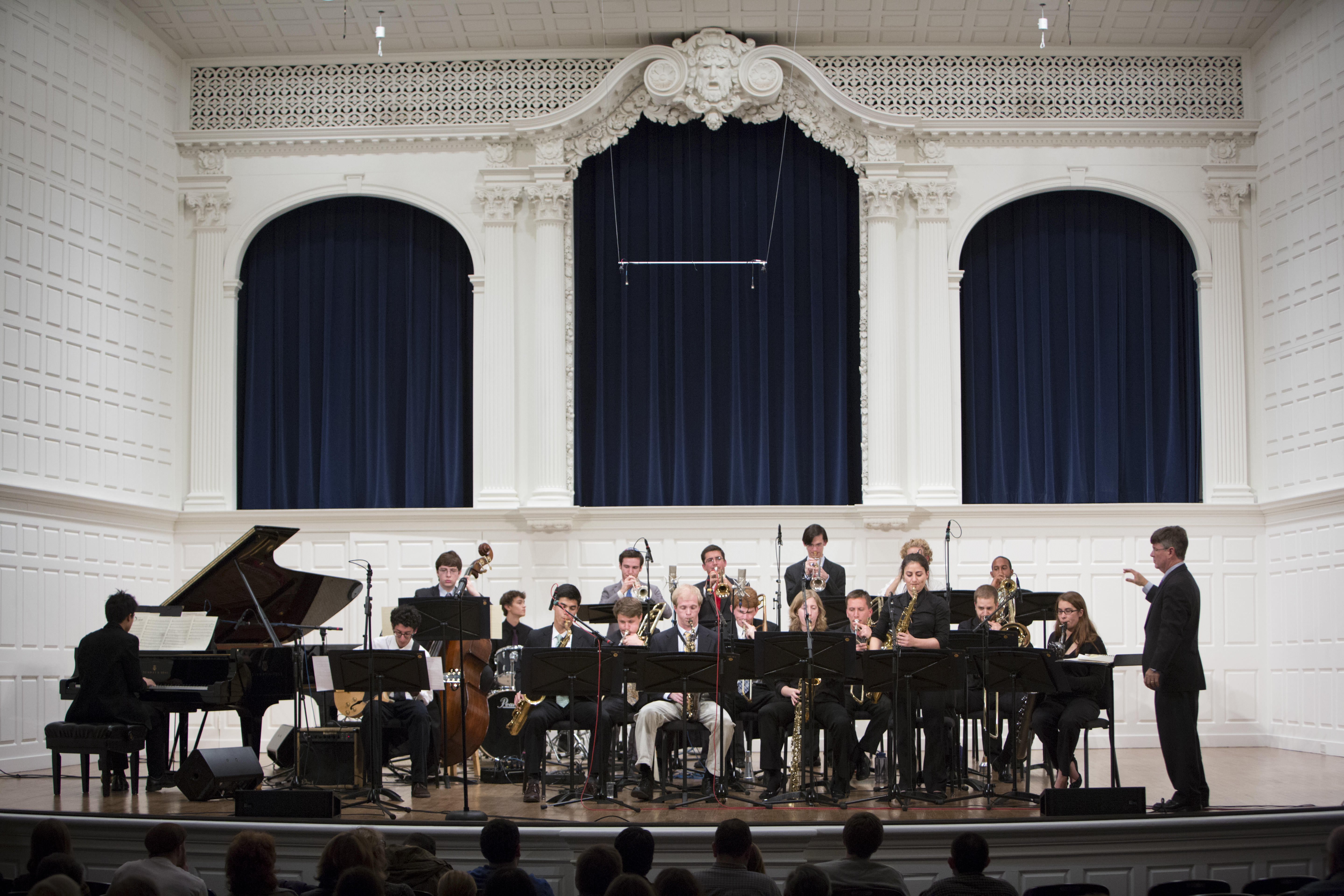 I am pleased to announce that an anonymous gift will enable the School of Music to continue and expand its legacy of jazz studies at Yale. This initiative will also strengthen our collaborative efforts with the Yale College Dean’s Office and the Department of Music, as well as the New Haven community.

Professor Thomas C. Duffy has accepted the responsibility of administrative oversight for this initiative. As we announced in April, the Yale Jazz Ensemble, which had to be suspended two years ago due to a lack of qualified players and adequate rehearsal space, will be reconstituted this fall under Tom’s direction. The School of Music has provided modest support for the Yale Jazz Ensemble through the years, though it had until now been an extracurricular undergraduate organization. Going forward, the group will be open to all Yale students. Tom will announce auditions in the near future.

Other aspects of this initiative include an improvisation course that will be taught by Grammy Award-winning jazz saxophonist Wayne Escoffery. Undergraduate jazz combos will be auditioned and coached by professional jazz artists, including Mr. Escoffery. We are currently in conversations with some of these individuals and will announce their names when appointments are finalized. Additionally, distinguished saxophonist Carrie Koffman will teach private lessons in saxophone. These new colleagues will help us build on the School’s rich history of jazz education, which began nearly fifty years ago.

Professor Willie Ruff, through his teaching, performances, and scholarly work, opened Yale’s gates to jazz in the early 1970s. The historic 1972 Jazz Convocation in Woolsey Hall was the primary impetus for the Ellington Jazz Series and gave Willie’s concept of a “conservatory without walls” a home in the New Haven community. It is important to note that Willie and his artistic collaborator of many years, Dwike Mitchell, were among the first American jazz artists to visit and perform in the Soviet Union (1959) and China (1989). The list of jazz greats who have subsequently appeared as part of the Ellington Jazz Series and presented master classes for all Yale students is a veritable "who’s who" in the field. This work continues unabated under Professor Ruff’s leadership.

Courses in jazz have long been part of the School’s academic offerings. In addition to Professor Ruff’s courses in jazz history, Dean Emeritus Frank Tirro regularly taught a class in jazz during his decanal tenure, and Tom Duffy, Professor at YSM and Director of Yale Bands (Yale College), formally established the Yale Jazz Ensemble (big band) and has taught jazz in the classroom for many years.

With our colleagues throughout the University and the wider community, the School will evaluate these elective offerings and engage in conversations that help shape future opportunities for our students.