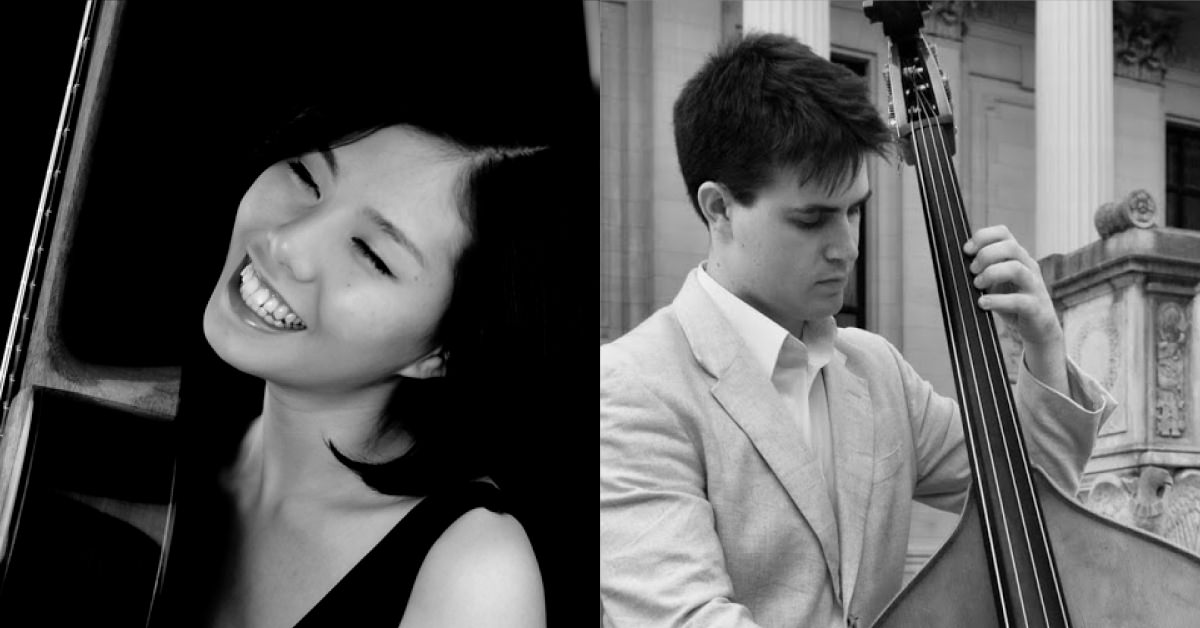 Guitarist Jiyeon "Jiji" Kim '17MM has won the Victor and Sono Elmaleh First Prize at the Concert Artists Guild's 2016 Victor Elmaleh Competition and double bassist Samuel Suggs '14MM '20DMA has been named the organization's New Music/New Places Fellow. Each will receive a management contract from the Concert Artists Guild and will be presented in recital in New York City. Kim also earned a $5,000 cash award.

The final round of the competition took place on October 27 at Merkin Concert Hall at the Kaufman Music Center in New York City and was judged by an eight-person jury.

Steven Shaiman, the Concert Artists Guild's senior vice president and director of artist management, said Kim's "musical skill and talent combined with [her] overall stage presence and persona as an artist who has real potential for a career" factored into her success at the competition.

"Sam also stood out as a unique artist worthy of having the opportunity to develop what he's doing," Shaiman said. The Concert Artists Guild's New Music/New Places program, Shaiman said, was devised a little more than 10 years ago to help develop artists' unique visions and to bring those visions into "non-traditional venues" such as bars, clubs, cabarets, and art galleries.

Kim premiered Paul Lansky's guitar duo Talking Guitars in 2015 with Hao Yang and has performed the premieres of works by several ascendant composers including Gabriella Smith, William Gardiner, Riho Maimets, Krists Auznieks, and Farnood HaghaniPour. She also performs her own compositions, which incorporate acoustic and electronic elements. Kim has worked in chamber music settings with members of Eighth Blackbird, the Bang on a Can All-Stars, and the Aizuri Quartet, has recored for Bridge Records, and has worked as a composer at the Yale Repertory Theatre, Yale Cabaret, and Yale School of Art. She is pursuing a Master of Music degree at the Yale School of Music, where she studies with Benjamin Verdery.