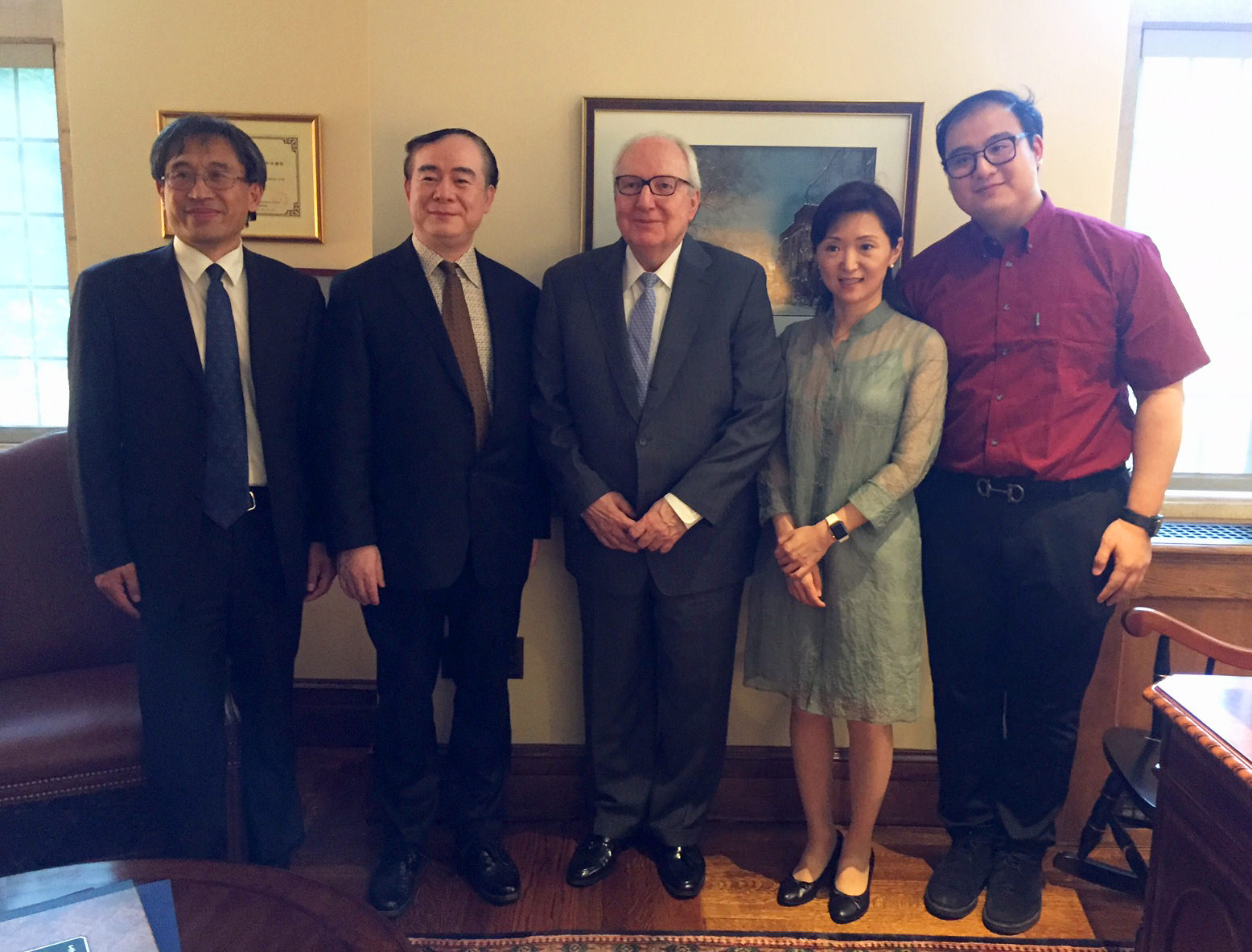 YU Feng, the president of the Central Conservatory of Music (CCoM) in Beijing, China, paid a visit to Yale University this week as part of a trip to American schools with which his has institutional partnerships.

The Yale School of Music has had a relationship with CCoM since the mid-1990s, when WANG Cizhao, whose daughter, composer Fay Wang, earned a master of music degree and an artist diploma from YSM in 2010 and 2012, respectively, was the conservatory's president. YU, who leads CCoM's conducting department, became the conservatory's president in February 2016. YU Feng was accompanied on his visit to Yale by his son, YU Ji, a postgraduate conducting student at CCoM; YU Hongmei, professor of erhu and director of CCoM's department of traditional Chinese music; and LIU Hongzhu, the director of CCoM's office of international affairs.

President Yu's visit, YSM Dean Robert Blocker said, "underscores a more-than-150-year history between Yale University and the nation of China," one that was marked in 2006 by a visit from China's president, HU Jintao, who delivered a major policy speech from the Sprague Memorial Hall stage.

One notable project on which YSM and CCoM have collaborated was “Musicathlon: The Conservatory Music Festival,” an event in Beijing that preceded the 2008 Summer Olympic Games and featured performances by students from the world's most celebrated music schools. The festival concluded with a performance by YSM and CCoM students of Mahler's Symphony No. 2 ("Resurrection").

Of Yu's visit to Yale, Blocker said, "In the next few years, it is important that we strengthen and extend our international alliances and artistic exchanges," pointing out that "many of our outstanding graduates are being appointed to important positions across the globe."