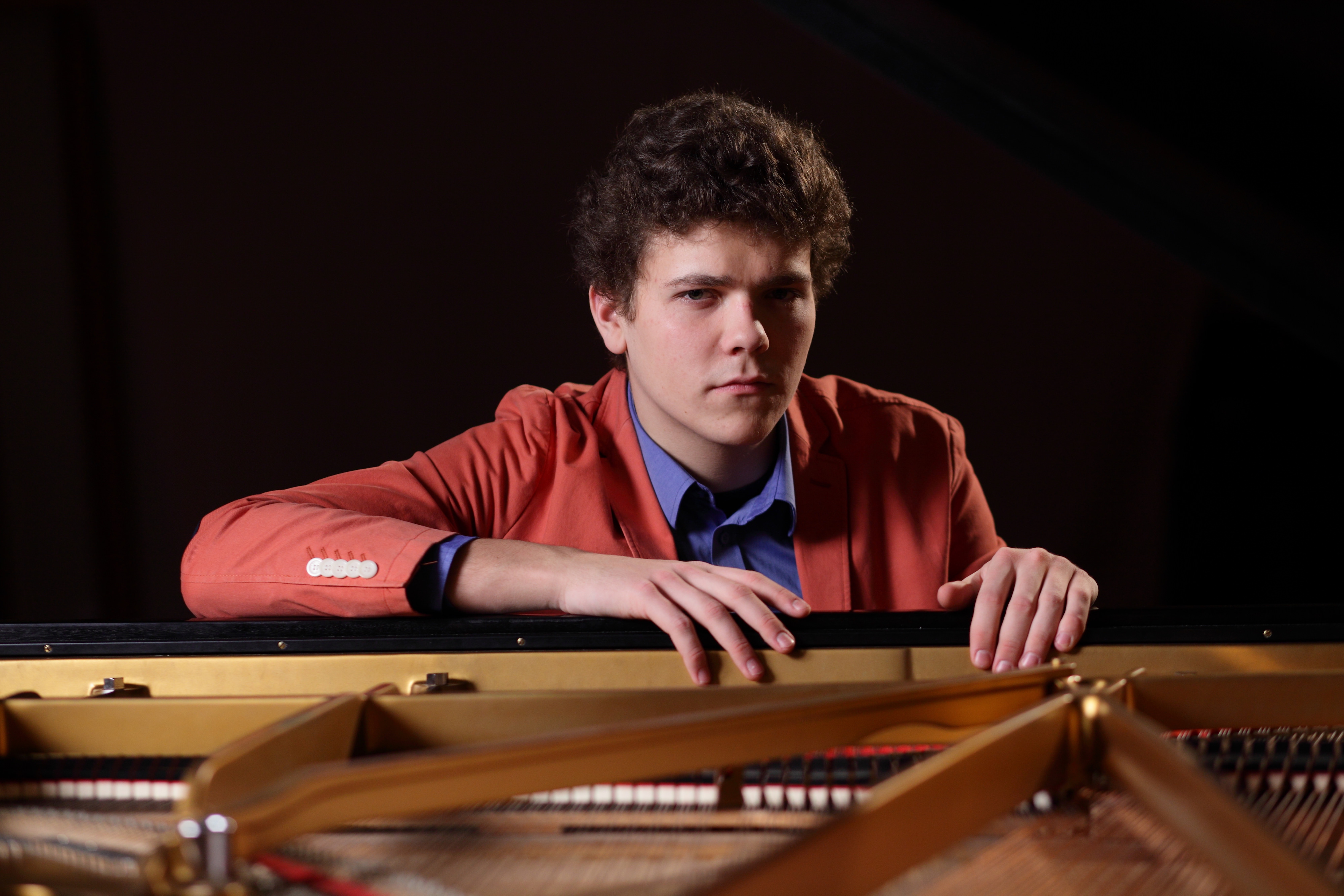 Pianist Szymon Nehring '19AD has been named the Personality of the Year as part of the 2017 Polish Music Coryphaeus Awards. He was honored alongside other award recipients earlier this month in Warsaw, Poland.

"I consider this award the most important Polish music award," Nehring, a native of Poland, said, honored to be in the company of composer Krzysztof Penderecki, whose receipt of a 2017 Grammy Award was named the Event of the Year, and composer, conductor, and pianist Jerzy Maksymiuk, who was given an Honorary Award. Flutist Marianna Żołnacz was recognized as having made the Debut of the Year.

Nehring began his studies this fall in the Artist Diploma program at YSM under the tutelage of Prof. Boris Berman, having won the prestigious Arthur Rubinstein International Piano Master Competition in Tel Aviv, Israel, in May. In addition to earning the Gold Medal at the competition, Nehring won the Best Performer of a Chopin Piece, Advanced Studies, and Junior Jury prizes, as well as the Audience Favorite in the Periphery prizes for Or Yehuda and Jezrael Valley. He's scheduled to perform a recital on October 26 in Weill Recital Hall at Carnegie Hall as part of a concert tour organized by the Arthur Rubinstein International Music Society, which administers the competition.

The Yale School of Music's Artist Diploma program, Nehring said, "gives me the important opportunity to sometimes be away from the University and concertize. This way, I can combain both playing and studying, and I think it will be a perfect solution for me these next two years." Nehring, who previously studied with Stefan Wojtas at the Academy of Music in Bydgoszcz, Poland, said, "I consider American and Russian music schools the best in the world, and studying here at Yale with Professor Boris Berman gives me a combination of those. That is why I chose the Yale School of Music. I have been here for a short amount of time, so I cannot say much, but what I definitely observe is that I can peacefully work on my new repertoire and be inspired by musicians who teach or study at the University. I think at my age it is important to still study, to not be overwhelmed by the concert life, and more importantly (to) develop as a person and musician."