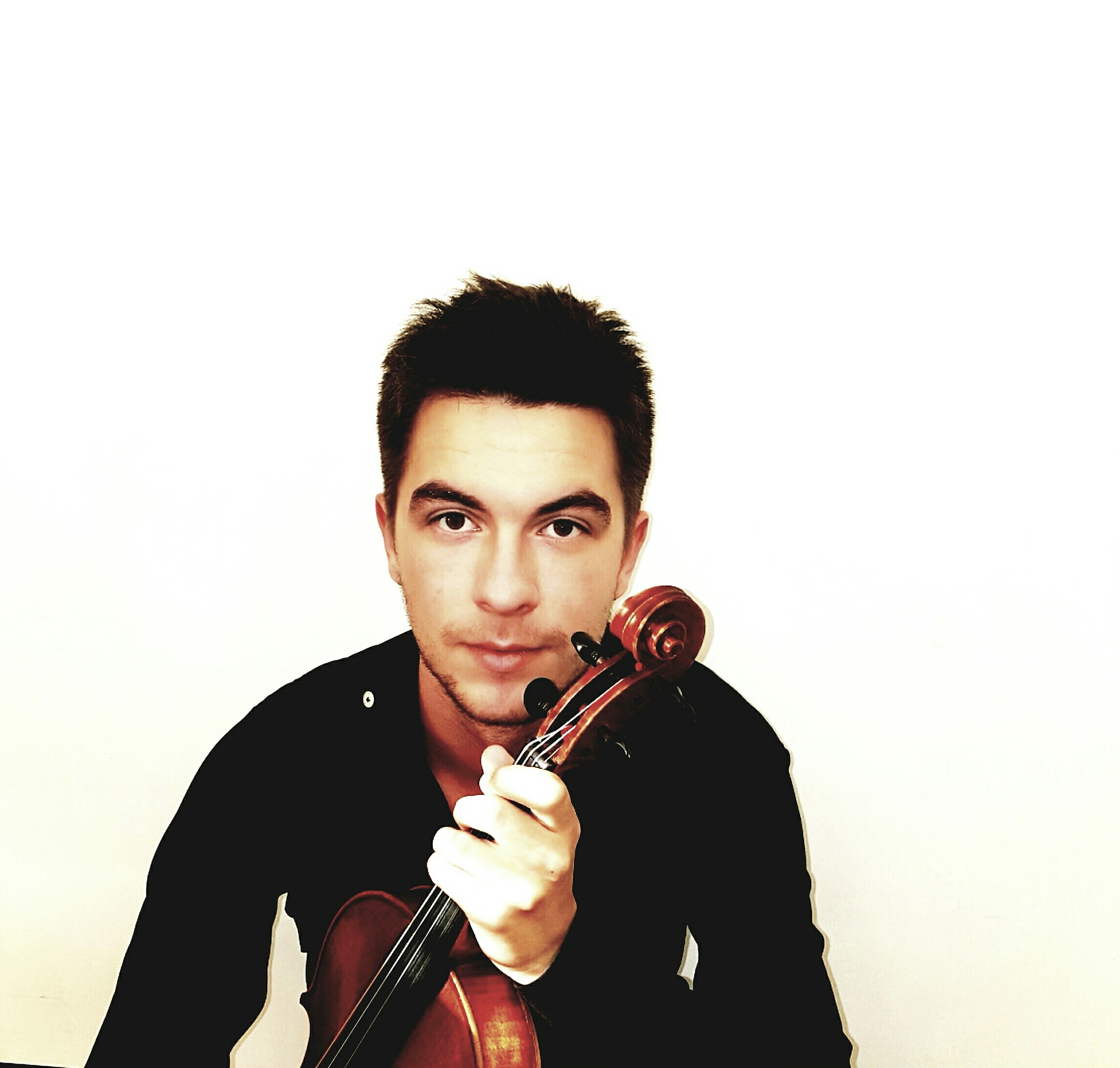 When violist Josip Kvetek '18MM played Paganini's Sonata per la Grand Viola on a recital here at YSM last year, it wasn't with an eye on performing the piece with the Yale Philharmonia, which he'll do on Friday, Jan. 26. "It's not very serious music," Kvetek said, explaining that the Paganini sonata is a fun piece of music, a quirky sonata that just happens to be, in the words of principal conductor Peter Oundjian, "probably the most difficult piece ever written for viola."

After Kvetek's recital performance last year, his teacher, Ettore Causa, suggested that he enter the Woolsey Hall Concerto Competition, which Kvetek won in April 2017. The sonata, Kvetek said, is "not standard repertoire for viola." Paganini, he explained, "commissioned a piece from Berlioz" to be played on a five-string viola. Berlioz, in response, composed Harold in Italy, an orchestral piece with viola solos. "Paganini didn't like the first draft of the piece," Kvetek said, "so he decided to write his own piece." The result is "a sonata for solo instrument and orchestra, which is very odd."

Kvetek will perform the piece on a standard viola, an instrument without an added E string, which means "I have to play with an improvised thumb position" to execute passages in the instrument's upper register. In terms of interpretation, Kvetek said, "it's very simple, harmonically and melodically. It's just simple from every angle."

Still, it's a piece that can easily feel like blocks of virtuoso passages arranged without much cohesion. "It starts becoming 50 little tasks," Kvetek said, "and not one, coherent story. The part that helps with that is it's very operatic. It's much easier if you let go of the classical way of thinking."

Now in the second year of YSM's master of music degree program, studying with Causa, and with Steven Tenenbom while Causa is on sabbatical, Kvetek has done his share of playing with the Yale Philharmonia as a member of the orchestra's viola section. On Jan. 26, he'll be out front, next to guest conductor Ignat Solzhenitsyn, who'll lead a program that also includes Stravinsky's Firebird Suite (1919 version) and Franck's Symphony in D minor.

Performing as the soloist with an orchestra of his peers is "a little bit more stressful," Kvetek said, "because you do know all the people. The benefit is that they're very supportive and very helpful in the process. Everybody is hoping or cheering that you play the best you can. It becomes much easier to play in that environment." The stress, he said, comes from wanting "to present yourself well" in front of one's peers. Given the operatic nature of the Paganini sonata, Kvetek said, "The majority of it is on me to deliver a performance that other people can follow."

Part of that responsibility, to be sure, falls on Solzhenitsyn, with whom Kvetek hasn't worked. Basing his impressions on YouTube videos, Kvetek described Solzhenitsyn as an expressive conductor, which "will help me connect with the orchestra and will help bring this piece together."

Because there's no "prescribed way of how you perform" the Paganini, Kvetek said, "It's up to me to play it just the way I want to play it."