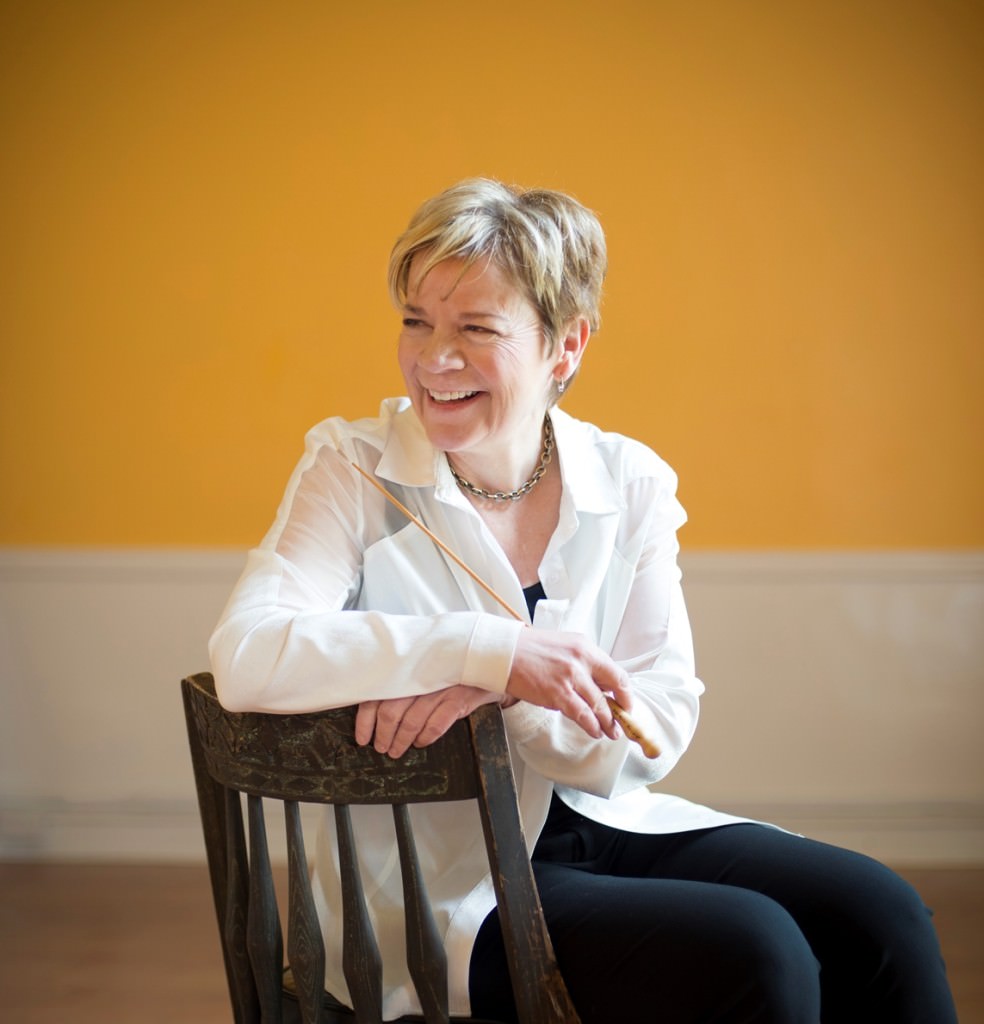 "I’m very honoured to be the first, but I’m also rather shocked that we can be in this year, in this century, and there can still be 'firsts' for women," Alsop told The Guardian. She made similar comments, at greater length, at the final concert of the 2013 BBC Proms. Eager to see others succeed as she has, Alsop established the Taki Concordia Conducting Fellowship, which helps prepare women conductors for work on the podium and in offstage leadership areas, and the Baltimore Symphony Orchestra's OrchKids program, which was "designed to create social change and nurture promising futures for youth in Baltimore City neighborhoods," according to the organization's website.

Alsop has not been shy about using her position in the music world to point out inequities. Her social activism was inspired in part by her mentor, the late Leonard Bernstein, whose 100th birthday, which falls on August 25, the performing arts community has been celebrating. "He was a very generous human being who believed in access and inclusion and equity for all people," Alsop said of Bernstein, with whom she studied at Tanglewood. That legacy, she said, "inspires me to try to use the opportunities I have to create a more just landscape for people."

On Friday, April 20, Alsop will lead the Yale Philharmonia, Yale Glee Club, and Yale Camerata in a performance of Beethoven's monumental Ninth Symphony, on a program that also includes Bernstein's Opening Prayer and Chichester Psalms. Beethoven's Ninth, she said, "was a critical piece for Bernstein," one that represented possibility and hope. It's a piece he famously conducted in Berlin, just after the fall of the Berlin Wall, in a performance that featured musicians from East and West Germany, Britain, France, the Soviet Union, and the United States. It was the hope that Bernstein found in Beethoven's Ninth Symphony that Alsop is eager to celebrate, along with Bernstein's birthday and his music.

In addition to Bernstein's Opening Prayer, which was composed for the 1986 reopening of Carnegie Hall and eventually became part of his Concerto for Orchestra, the April 20 Yale Philharmonia program includes Chichester Psalms. Like Beethoven's Ninth, Alsop said, Chichester Psalms is "a piece about hope and possibility." Having worked closely with Bernstein certainly informs Alsop's performances of his music. "Knowing a composer as a human being gives us that added dimension, that added insight" into the motivation for writing a piece, she said. It is her responsibility, and the Philharmonia's, to tell the music's story. And that's the same wherever she's conducting. "I approach every orchestra as professional musicians whom I respect," she said.

While more might be expected of her, in terms of providing insight or direction, from a younger orchestra than from a veteran ensemble, "I don’t think about it any differently."

On Wednesday, April 18, Alsop will join School of Music Dean Robert Blocker for a conversation about Leonard Bernstein's legacy and music, the pursuit of diversity in our field, Beethoven's revolutionary Ninth Symphony, and working with the next generation of orchestral musicians.