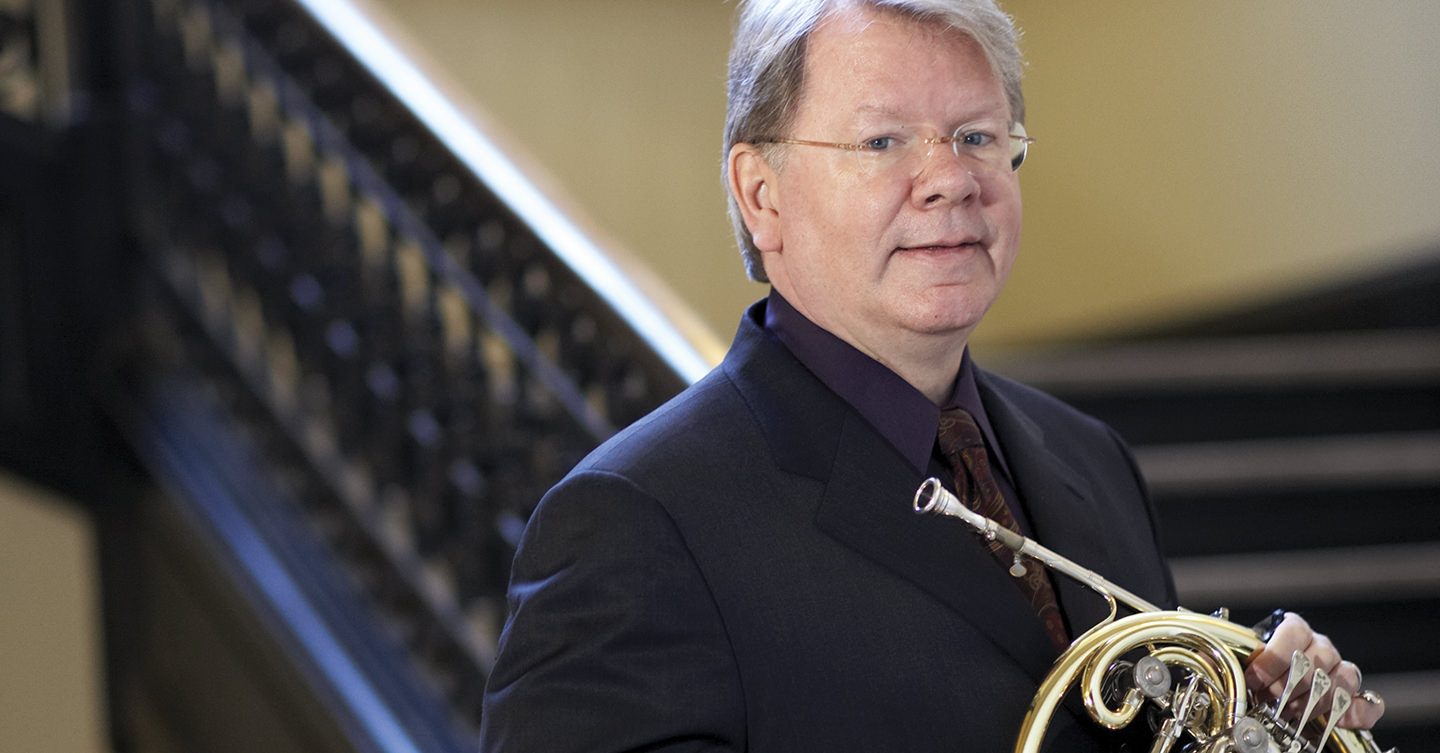 Horn player William Purvis starts our conversation about the Norfolk Chamber Music Festival with a story. It’s the early 1980s and he's coming for a weekend residency as a member of the New York Woodwind Quintet.

“I remember very clearly arriving at Norfolk with my 9-year-old daughter. She was asleep in the car. The cottage where we were staying was near the art cottage. At that time there was a little pond there. The evening was so beautiful. The memory of that is so strong for me. My daughter had such a good time there.”

Purvis has been back almost every summer since. “My daughters were with me there most summers. My younger daughter, Clara, was friends with [former Director] Joan Panetti’s daughter. The girls would dress up in these fancy dresses and be servers at concert receptions. My daughter was about 11 then. I told her she had to be at the cottage by midnight. I was sitting on top of the hill — it was such a beautiful night — and my daughter came whizzing in her fancy dress by to be home on time.”

That community feeling is part of what makes Norfolk so special, Purvis says. “Norfolk is such a warm and nurturing small community,” he says, adding, however, that it’s also “very intense. I tell students who are applying there, every student I’ve witnessed going there has improved immeasurably. That comes from playing together.” The nurturing environment, he says, enables fellows to take risks they might not otherwise try. “You can try things and maybe trip a little bit here and there and figure things out.”

The intensity extends to the professionals at the Festival as well, Purvis says. “It’s not like playing in New York, but there’s a great intensity to playing there especially in the concerts you play with the fellows. I always learn so much from these experiences.”

While some are called to a particular instrument, Purvis says he was tricked into playing the horn. His older brother played piano and his best friend played trumpet, so of course he wanted to play those. “The music teacher tested my ear and he secretly wanted me to play the horn. ‘I don’t have any trumpets,’ he told me ‘I have a viola you could take or you could take the horn and get a trumpet later.’ He tricked me into the horn.”

Not that Purvis, who also seriously studied piano until a sports injury sidelined his plans, is sorry he chose horn. “The horn has such a varied role,” Purvis says of the instrument’s appeal to him. “It’s a brass instrument but it also has a very strong presence in the woodwind world. It’s an orchestra instrument but is also a solo instrument. It also has a big range and quite a varied sound so it can participate in different situations and play different roles.”

“I don’t think the horn is any harder than other instruments,” he says, before admitting it does have a “higher humiliation potential. Particularly in classical music if the horn is not noticed that’s a good thing. It’s playing a background role, shaping things within the tapestry, but if something goes wrong, everybody remembers.”

Purvis, who is also a member of the Orchestra of St. Luke’s, the Yale Brass Trio and the Triton Horn Trio, was drawn to chamber music early in his career. “I really believe chamber music is the most intense musical experience. In chamber music you have to play every role. At one moment you become a great soloist but in the next moment you have to play a supportive role. You have to be able to respond and initiate musically, to be listening all the time and be aware.”

Purvis credits public music education for helping him realize his dream. He grew up outside Pittsburgh with parents who were not musicians. All his inspiration came from teachers, he says. “The education is fantastic there,” he says. “Public education really valued music and made it available.”