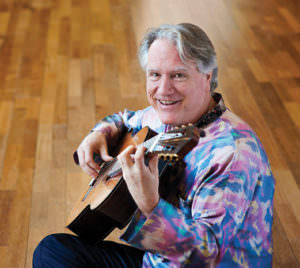 In programming Music for Guitars, an upcoming Yale in New York series concert at Carnegie Hall, faculty guitarist Benjamin Verdery reflected on a November 2010 program that featured music by a host of Yale-affiliated composers. That program, by design, celebrated the legacies of the School of Music's composition and guitar programs.

Verdery also reflected, in curating the upcoming Yale in New York program, on inspiration he found, a little more than 10 years ago, at the Rhode Island School of Design. Verdery's son was applying to the school, whose application requirements included drawing a bicycle or some element thereof. Accepted students' illustrations were on view when Verdery brought his son to Providence to visit the school. "It was mind-bending," Verdery said. "I'm going to have my friends write a piece of music—just the notes, the pitches and the rhythms," without tempo or dynamic indications, he decided.

Since then, each year, prospective School of Music students applying to study with Verdery have been required to learn and perform, as part of their audition, a piece written by one of Verdery's colleagues, along with other repertoire. Like RISD's bicycle-drawing admissions requirement, the commissioned audition pieces leave room for interpretation, giving Verdery some insight into the ability and creativity of prospective students.

Those who have been commissioned by Verdery to compose audition pieces, over the course of the past decade, include former YSM Dean and Prof. of Music Ezra Laderman, faculty composers Martin Bresnick and Christopher Theofanidis; Lecturer in Electronic Music Jack Vees; YSM alumni Bryce Dessner, James Moore, and Brendon Randall-Myers; Yale University Department of Music Prof. Kathryn Alexander; and current composition student Tanner Porter, among others.

Audition pieces by the above-mentioned musicians will be showcased as part of Music for Guitars, the third and final concert in the 2018-2019 Yale in New York series. The concert will feature Verdery and current School of Music students and alumni, including René Izquierdo. The program also includes works by Hindemith (who taught at the School of Music), Mudarra, and Terry Riley; arrangements of music by Bach, Scarlatti, and Schubert; and world premieres of James Moore's Turning and Verdery's arrangement, for guitar and string quartet, of Bernstein's Sonata for Clarinet and Piano. Izquierdo will perform Turning, which was this year's YSM guitar audition piece. Verdery will perform the Bernstein with violinists Kate Arndt and Gregory Lewis, violist Marta Lambert, and cellist Guilherme Monegatto-all current YSM students.

The repertoire for the program reaches back to 16th century composer Alonso Mudarra's fantasias for vihuela—which will be played on an instrument from the Yale Collection of Musical Instruments—and visits music composed since then and up to the present. The program also taps into the arranging chops of the guitarists who'll be performing. It's something "all of us in the world of guitar do," Verdery said.

"There's a lot of color and expression of what the guitar is," Verdery said of the program. There will also be a lot of virtuosity on display—and, like the 2010 program, of which it's a musical extension, many connections to the School of Music.