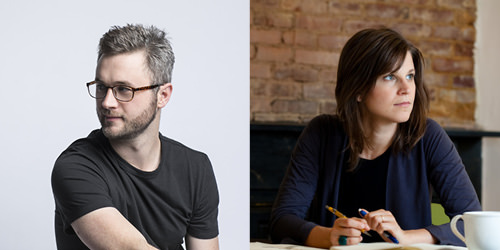 In an April 10 press release, the John Simon Guggenheim Memorial Foundation announced that its board of trustees "approved the awarding of Guggenheim Fellowships to a diverse group of 168 scholars, artists, and writers. Appointed on the basis of prior achievement and exceptional promise, the successful candidates were chosen from a group of almost 3,000 applicants in the Foundation’s ninety-fifth competition."

Farrin is the Frayda B. Lindemann Professor of Music and Chair at Hunter College and the CUNY Graduate Center. Her opera dolce la morte was premiered in 2016 at the Metropolitan Museum of Art to great acclaim. She has written works for the JACK Quartet and SŌ Percussion and won the 2017 Frederic A. Juilliard/Walter Damrosch Rome Prize in composition.
Read more about Suzanne Farrin