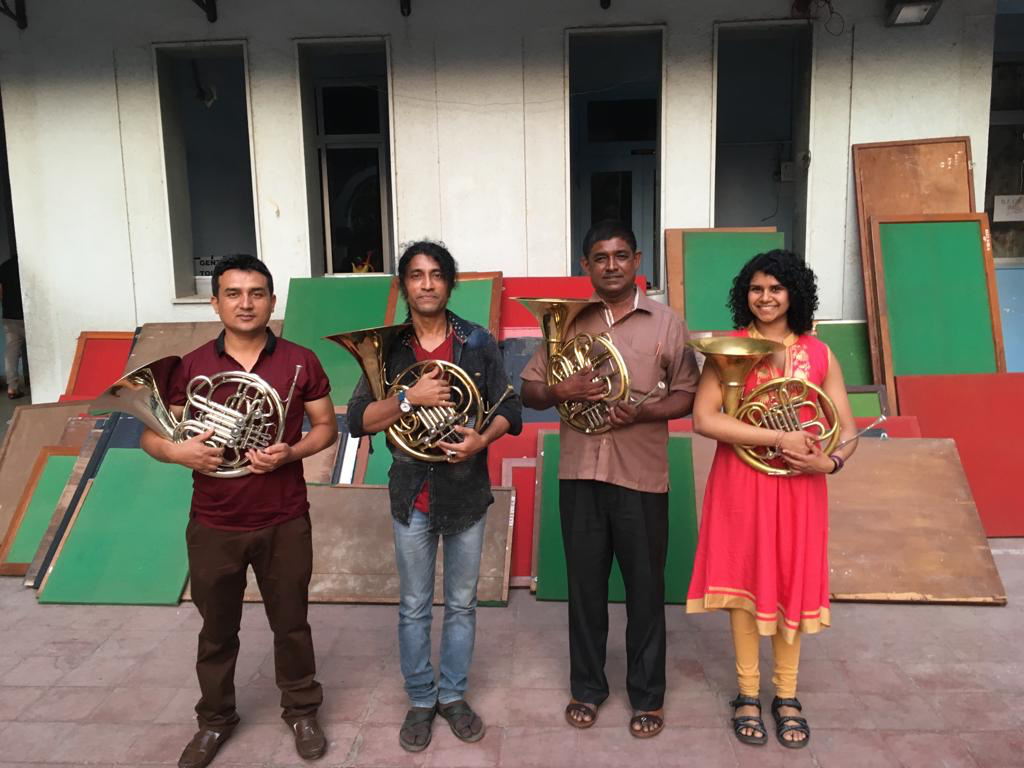 Graduate school represents a major transition to adulthood. With a bachelor’s degree under their belt, young adults swap undergraduate procrastination for graduate proactivity—which, of course, is why I waited for the last possible minute to confirm my place at the Yale School of Music. No matter; I still became a proud Bulldog.

My excitement in beginning my master of music degree program came with a tinge of unease; feeling intimidated by my new peers was inevitable, having previously studied neuroscience. Fortunately, the YSM environment is as warm and welcoming as any. Yet, being one of a sparse handful of brown musicians—here, I include those of Latinx or South Asian heritage—left me feeling inescapably “other.”

Previously, this had been a source of pride. After high school, I spent two summers with the National Youth Orchestra of the United States of America, a program of Carnegie Hall’s Weill Music Institute devoted to gathering the country’s most accomplished musicians between ages 16 and 19. If memory serves, I was the sole female of South Asian heritage—certainly among the brass, but likely the whole orchestra. Those summers, touring the world with preternaturally gifted young musicians, remain among my fondest. At that time, I laughed at the use of my image for publicity, fully cognizant of, yet reveling in, the reasons why. I traded jokes with peers yet failed to question why we numbered so few.

Unusually, the tokenism later proved advantageous. Five years later, as I started at the YSM, Indian Ambassador Nirupama Rao met with Carnegie Hall directors to share her visionary dream for cultural diplomacy: an orchestra comprised entirely of musicians from the eight South Asian nations—the South Asian Symphony Orchestra. Though numerous orchestras with skilled musicians exist throughout South Asia, many lack access to high-quality training and equipment. Ambassador Rao therefore needed leaders for certain wind sections. As one of the few South Asian alumni of the NYO-USA, the Carnegie Hall directors remembered me. They connected me with Ambassador Rao, who recruited me to perform as the SASO’s principal horn player in the ensemble’s inaugural concert.

And so, on April 19, 2019, I landed in Mumbai, completing the first leg of a journey I had unknowingly begun in February 2014 upon my acceptance to the NYO-USA. Optically, I fit in. I do not insinuate that my Sri Lankan heritage is irrelevant; almost my entire family lives there. But there is no denying the challenge in making sense of my identity. In the United States, many assume I am foreign; in Sri Lanka, unconscious Americanisms instantly mark me as an outsider. Yet, in India, many believed I hailed from the southwestern state of Kerala, my first—and so far, only—time experiencing the assumption that I belong to a country.

While grappling with this, bombs disrupted Easter hymns in Sri Lanka, killing 259. The international response—a smattering of afterthoughts and prayers—starkly contrasted the outpouring following the Notre Dame fire, reigniting my sense of otherness. But, more important, the attacks demonstrated the urgency of the SASO’s mission to unify South Asia.

The SASO acknowledged the tragedy with a moment of silence. This profound instance of South Asian solidarity seemed at first a fleeting veneer of unity, as the very political challenges that the SASO sought to overcome continued manifesting within the orchestra. Conscious of tensions within and subject to intense scrutiny from our host country, the SASO left the presence of the single Pakistani-American musician quietly unpublicized, yet loudly celebrated the inclusion of musicians from Kashmir, the disputed territory between Pakistan and India. Musically, reluctance to match foreign section mates revealed stubborn patriotism. It seemed a pipe dream to surmount such extensive language and cultural barriers through musical collaboration.

Interestingly, the neutrality of my and others’ hyphenated identities may have helped dissolve such barriers. As an American, others in the ensemble could regard my Sri Lankan heritage with some distance during our tea breaks, allowing me to slip into, and subsequently merge, a number of cliques. With shared ancestry, Sri Lankans could adopt me as one of them; hearing my bold sound, Indian Navy men affectionately declared me a “one-man army” they could get behind; my horn itself, a novelty to Afghani school children, drew earnest curiosity and eventually camaraderie.

Other musicians described similar experiences and the orchestra flourished, ultimately stunning the audience—which included Indian Vice President Venkaiah Naidu. He and the media praised the performance so lavishly that donations poured in, allowing the SASO to plan a second concert for October, for which they have invited me to return.

The SASO’s success was so dazzling in part because orchestras are heavily associated with western cultures, wealth, and therefore whiteness. Historically, in the United States and Europe, they are predominantly white institutions. This reality could perpetuate a perception that racial diversity and high standards are incompatible.

The SASO’s accomplishment illustrates that this perception is founded on bias. If we are to honestly tout music as the universal human language—and keep orchestras relevant in the future—we need to continue investing more resources to inspire, excite, and recruit musicians of all socioeconomic and ethnic backgrounds. But, while acknowledging music’s unique ambassadorial capacity—at home and abroad—we cannot forget that diverse, competent musicians exist in the present.

Nivanthi Karunaratne is in the second year of the master of music degree program at the Yale School of Music. This is her opinion.