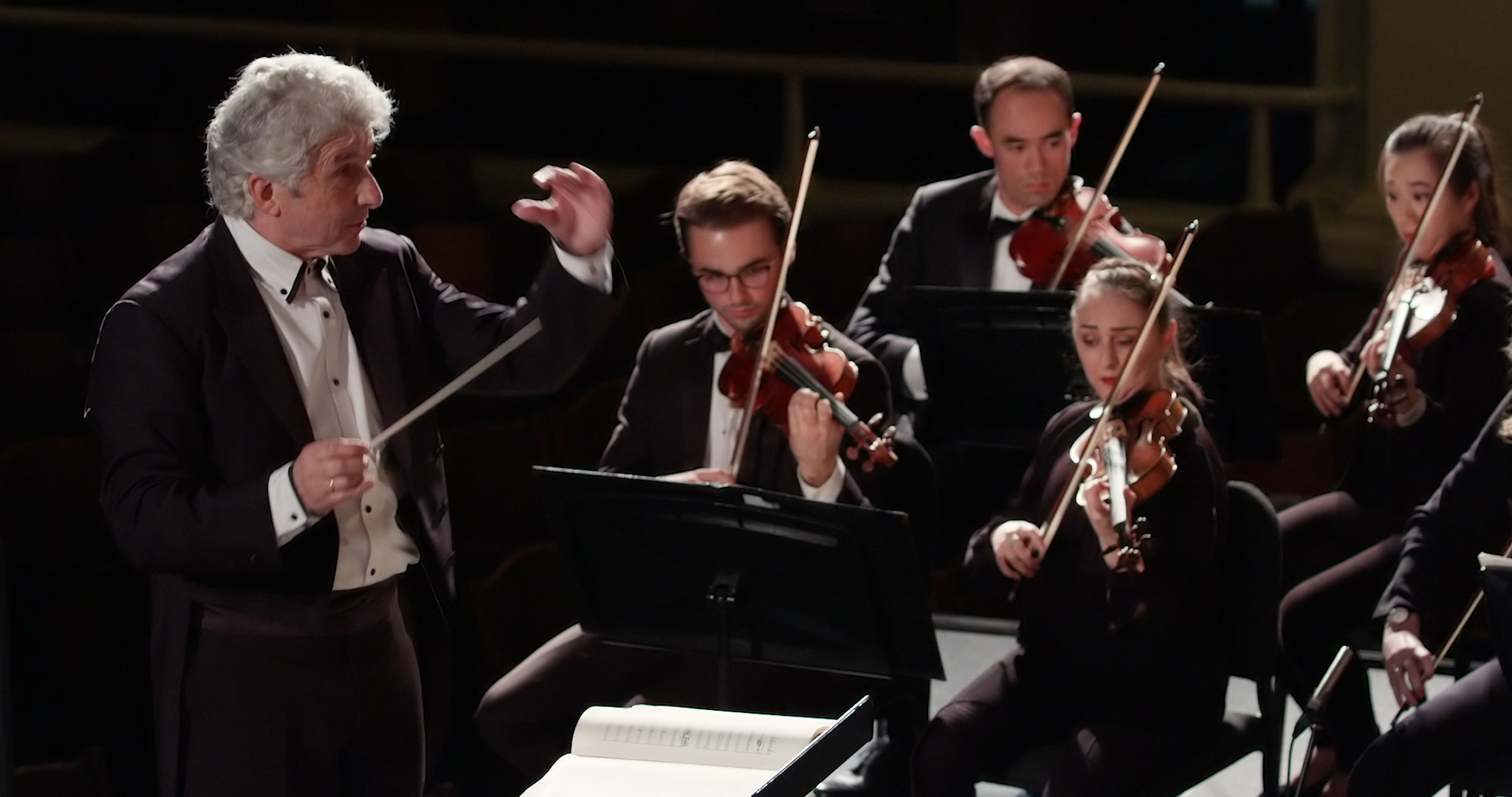 Yale Philharmonia Principal Conductor Peter Oundjian has conducted Scheherazade many times. Still, he said last week after he and the orchestra rehearsed the piece in preparation for a concert this Thursday night, “For me, it’s always the first time. You have to have fresh energy for every single performance.” It’s something he learned as the first violinist of the Tokyo String Quartet—and something he’s brought to the podium.

The Yale Philharmonia has energy in abundance, in addition to the professionalism one finds in and around ensembles like the Toronto Symphony Orchestra, which Oundjian led for a decade and a half. Professional groups like the TSO have a repertoire that includes pieces like Scheherazade, which are programmed every so often. Musicians who’ve been in a particular orchestra for a number of years might perform a piece like Scheherazade many times.

The Yale Philharmonia, though, is an orchestra whose roster turns over by half every year, as students graduate from the School of Music. While the Philharmonia has performed Scheherazade in recent years, the musicians who’ll perform the piece on Thursday night have not—at least not together. “This orchestra has never and will never play this music again,” Oundjian said. That means, performance-wise, “there’s no preconception and there’s no habit.” For Oundjian, and for audiences, this means an “incredible amount of spontaneity and commitment” in each performance. “There’s an element of risk that makes this so exciting,” he said. This is why live performance is the experience that it is. “You don’t know what’s going to happen or how it’s going to happen.”

So far this season, Philharmonia audiences have heard the orchestra deliver memorable performances of Mahler’s Fifth Symphony and Prokofiev’s Fifth Symphony, along with music by Debussy, Mozart, and Szymanowski. On Thursday night, the Philharmonia will perform Rimsky-Korsakov’s Scheherazade on a program that also includes Debussy’s Nocturnes, with the treble voices of the Yale Schola Cantorum, and Weber’s Bassoon Concerto, with Woolsey Hall Concerto Competition winner Eleni Katz ’20MM.

What audiences can expect from this orchestra, Oundjian said, is a “huge amount of talent and instinct.” The musicians, he said, "turn up for orchestra ready for anything that’s possible, which, for them, is limitless.”