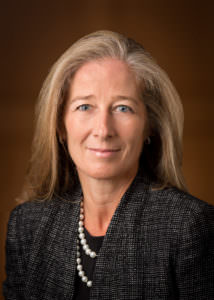 In addition to her service to the University, for which she will receive the Yale Medal today, Nancy Marx Better '84BA has long been committed to furthering the specific interests of the School of Music.

Better has served on the School's Board of Advisors since 2012. "Our family's dedication to music at Yale really comes from my mother," Better said, explaining that through her mother, pianist and philanthropist Sylvia Marx, her family developed a relationship with the School.

Better's family has had a decades-long relationship with the University. Four generations of Better's family have studied at Yale, including her three children. The only member of her family who did not study at Yale is Marx, who has served on the School's Board of Advisors since 2002. "If Yale had been co-ed in the early 1950s, I'm sure they would've wanted her," Better said of her mother, who studied at and graduated from Connecticut College.

Better's service to the School is of a practical nature. "While I'm not a music expert, I think that I have some good institutional knowledge about Yale," she said. Better, who has worked as a journalist, chairs the Yale University Library Council, and, as the University has pointed out, "has participated on the Yale Development Council dating back to its establishment in 2012, has been an Alumni Schools Committee interviewer since 1990, and served on the Yale Tomorrow Campaign Committee from 2005 through the close of the campaign," among other areas of service.

Better takes a holistic view of her work for the University. "The School of Music is part of the fabric of Yale," she said. "Music is everywhere at Yale," from University President Peter Salovey's interest in bluegrass to the countless students who have relationships with music. "There's this broader sense that the arts spark creativity and innovation in other areas. It's sort of osmosis. I like to think that the tremendous breadth and depth of what's available at Yale benefits everybody."

Better is interested in connecting the dots. "The stuff I really like is strategy," Better said. "I really enjoy talking with (School of Music Dean Robert Blocker) and my colleagues about the strategies for the School of Music. I love to look forward." She sees the future in the students whose performances she hears. She's "dazzled" by their artistic potential.

Better is also encouraged by the School's Music in Schools Initiative, a partnership with the New Haven Public Schools in which teaching artists from the School support the work of music teachers in the public schools. The Declaration on Equity in Music for City Students, which the School published in 2017, and the work that Yale does in the community is "extraordinary," she said. "It's classic Yale."