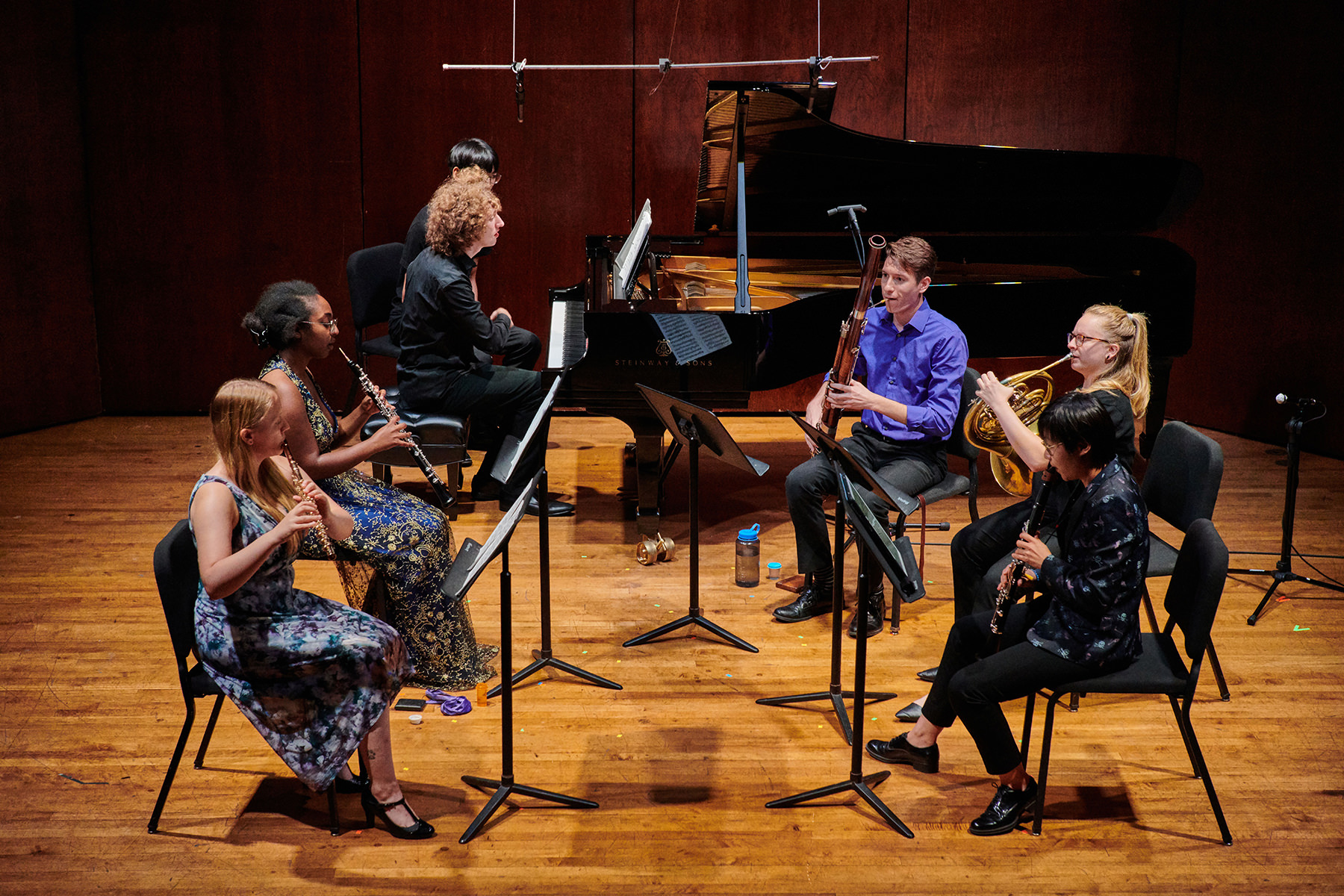 The summer of 2019 was bassoonist Andrew Sledge’s first time at Norfolk. While no stranger to festivals, Norfolk was the largest professional festival he’d attended. Prior to Norfolk, Sledge has spent multiple summers attending the Glickman-Popkin Bassoon Camp, a gathering dedicated to studying all things bassoon.

“Norfolk is more like a traditional festival experience,” says Sledge, who is finishing his second year of a master's degree in bassoon performance at the Yale School of Music. “Here everyone is operating at peak performance level trying to carve out a career.” Sledge had played some chamber music before Norfolk, but mostly for course credit as part of his undergraduate and graduate studies. “It was pretty refreshing to come back to chamber music,” he says.

Sledge’s Norfolk experience kicked off with the New Music Workshop. The group worked on seven pieces, six of them world premieres. “So there was a lot of workshopping to do,” Sledge says. “Everyone was there with the intention to make it work. It was very professional, very positive, very fulfilling overall.”

From there, Sledge joined a wind quintet during the six-week Chamber Music Session. “There was a lot of opportunity to grow professionally and personally,” he says of playing with the same people for so many weeks. “We developed intimate knowledge of each person’s tendencies.”

He also enjoyed the side-by-side concerts with the Festival Artists, citing performing a work by Janáček with oboist Stephen Taylor as one of the summer’s highlights. “Playing with him felt so natural.”

Sledge didn’t start his musical studies with bassoon. Instead he started violin when he was six, but his middle school didn’t have string program, so he took up saxophone, using the instrument his mother once played. Later, his band director, a bassoonist, got Sledge started on that instrument.

“It’s one of the most versatile woodwind instruments,” Sledge says of his love for bassoon. “It can anchor the bass line as well as be a more soloistic instrument in pieces.”

What he did not anticipate when taking up this instrument, though, is how many of his hours would be devoted to making reeds. “You spend half your time whittling,” he says, noting there are many schools of thought about how to make the best double reeds as there are oboists and bassoonists.