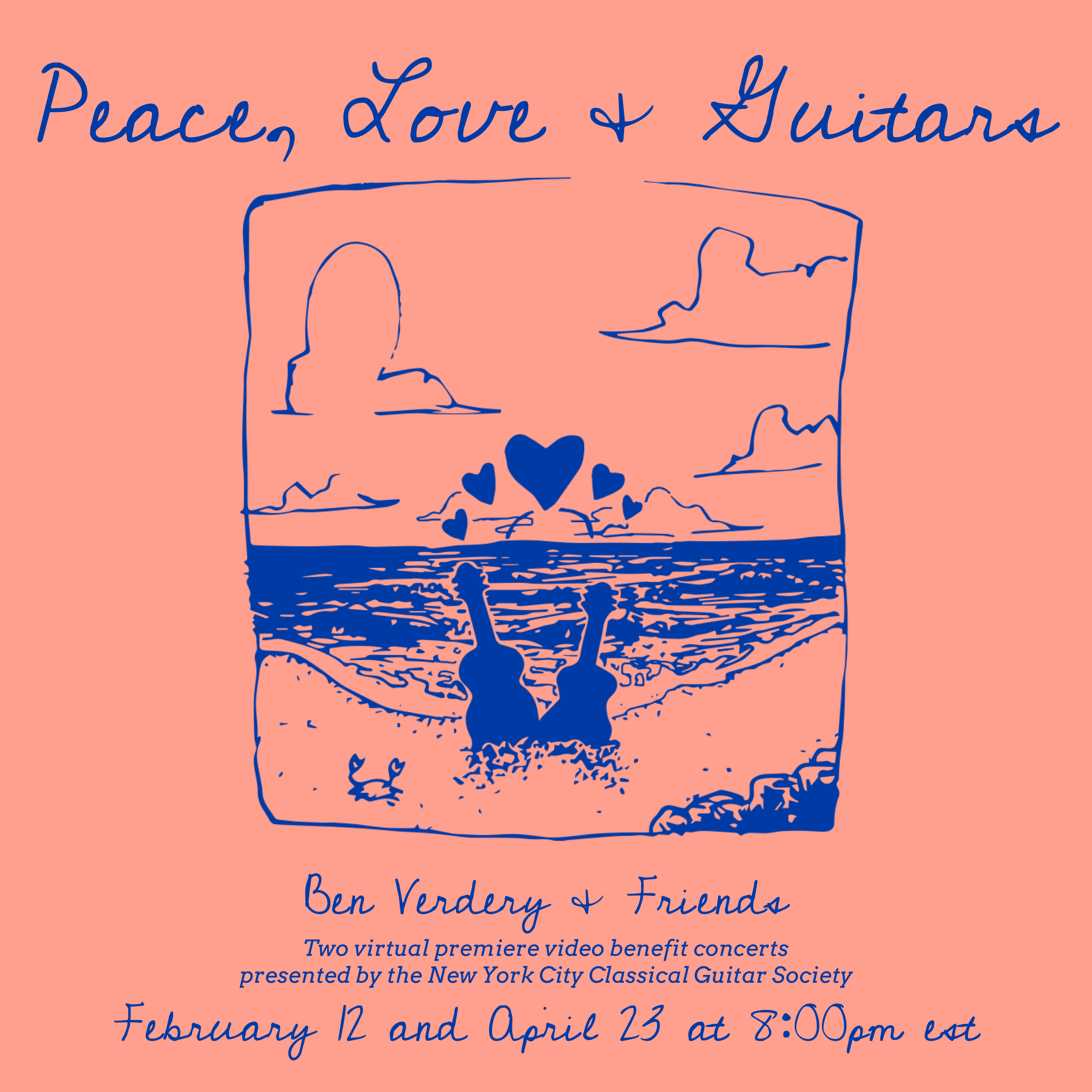 The repertoire includes world premieres and music Verdery has recorded over the years, all synced with newly-created videos. The concerts will serve as charity fundraisers and as reminders that enthusiastic music-making continues despite the pandemic. We spoke with Prof. Verdery about the programs.

Q: How did this project come together?

A: This summer, everybody was trying to figure out, OK, What are we going to do with the festivals? And so I maintained my Hawaii class online like everybody else did. I was asked to be in two other festivals, and (for) one of them, I recorded myself playing—no editing, just live in a room, and I presented that. I had a theme for the concert, which was the influence of Black music on my life. So I said, “Well, I'm going to use a video of me playing Jimi Hendrix." So I combined previously recorded videos and the ones I was doing in my house. And then a few weeks later I was asked to do a video with a friend of mine that you're going to see, which is really an extraordinary video on so many levels. I was asked to go to upstate New York and record this video of a piece by Elizabeth Brown, the composer, that she and I had recorded before. But we didn't have a video of it, and we had always talked about doing a video. And I said, "Great. I'll come up to your house. We'll shoot it outside." Her husband, Lothar Osterburg, is an extraordinary visual artist. He teaches at Bard (College), so we were up near Bard shooting this wild video of this piece that Elizabeth wrote called Atlantis for theremin and classical slide guitar. That made me think, Why don't I put together a series of videos, COVID-style, of people I've worked with? So I did. I started. I just called my buddies. Everybody was in. In certain cases, I wrote the music. So the first was Jack Vees. So I actually was house-sitting for Jack and Libby (Van Cleve, director of Yale’s Oral History of American Music), and so I recorded my part. So there are pieces on the program that are cowritten. One video is with JIJI. I wrote my part, recorded it. She said, "Well, I'm in Princeton. Why don't you drive here and I'll film you outside in a field?" So I went up to Princeton. And she's now back in Arizona and she's going to film herself out in the desert.

It came together through friends. I wanted to be collaborative. I wanted to put (together) this wild program that I could never do live—I could never have Andy Summers, Elizabeth Brown, JIJI, Simon Powis, Jack Vees, all in one night. These are the people I hang with. In the case of Jimmy (Taylor) and Ettore (Causa): I've always wanted to play with them, and I thought, Wait a minute, this could be the perfect time. If Jimmy would agree to do two Schubert songs, that would be amazing, and if Ettore would agree to play this piece that I wanted to write for him, wow. I'm working on Wayne's (Escoffery) piece right now. It's going to have a part where he's going to improvise. I'm super excited about working with him.

Q: What was the Yale Center for British Art’s contribution to this project?

A: I had this 19th-century piece by Carulli. It's a programmatic piece about a couple who fall in love. A storm comes, a monster comes, the guy kills the monster, it's all in the music. I learned that during COVID. Then, I asked my friend Jane Nowosadko (head of public programs) at the Center for British Art, "Can you give me some paintings?" We used all these paintings from the Center to go through each of the scenes of the piece, and it's really a hoot. They're all over the map. I'd never performed it before. That was a piece that two people sent to me—and I don't really play a lot of 19th-century guitar music—and I just took to it. With all that was going on, there was something about the melody. The story was analogous to COVID or Black Lives Matter or racism, and I thought, Wait a minute, this is really touching me, and I seriously got into the piece. I wrote cadenzas for it, I took a couple lessons with a friend of mine who's a great 19th-century scholar, I recorded it.

Q: What do you hope your students see in this project?

A: My students have been very inspirational to me. I would say the last semester was one of my favorite teaching semesters. They're all playing better than I think I've ever (heard), and they're doing collaborations. They're doing the exact same thing. They're teaching themselves how to record. Everybody is doing what they can, so I've been inspired by them, definitely. I think the teaching is that we all love music and we love making music and we want to make a difference.

Q: How do you hope to do that with Peace, Love and Guitars?

A: Once I saw that the idea was gathering momentum, living in New York City and seeing the devastation, I said, "This has got to be a benefit.” Hopefully, we can raise some money for the homelessness, the food banks, and for artists. We decided, with my management and with the New York City Classical Guitar Society, that these were the things I wanted to try. So I thought, Look, if we can raise $5, that's $5 we didn't have. And everybody that I asked, I asked under those terms. They said, "Yeah, I'd love to." I'm in a very lucky position. I have a job. I can do it remotely. But I'm at the tail end of my career. I'm not a young artist like JIJI with tons of things canceled. I thought, Well, look, if we can make any kind of difference (for) those causes, then your music-making has a greater purpose.

Q: What have you learned from this experience?

A: There was something about making music with people and trying to tell the world we can still do this. We can still make music. It was also exciting to say, "OK, we're going to collaborate. We're going to figure this out. Yeah, we're going to have to use a click track. OK, I'm going to take a ritard here. We'll figure it out." You know what I mean? Because you can't be in the same room, but you work around it.

Learn more about Peace, Love and Guitars, the first half of which will be streamed Friday, Feb. 12, at 8 p.m.