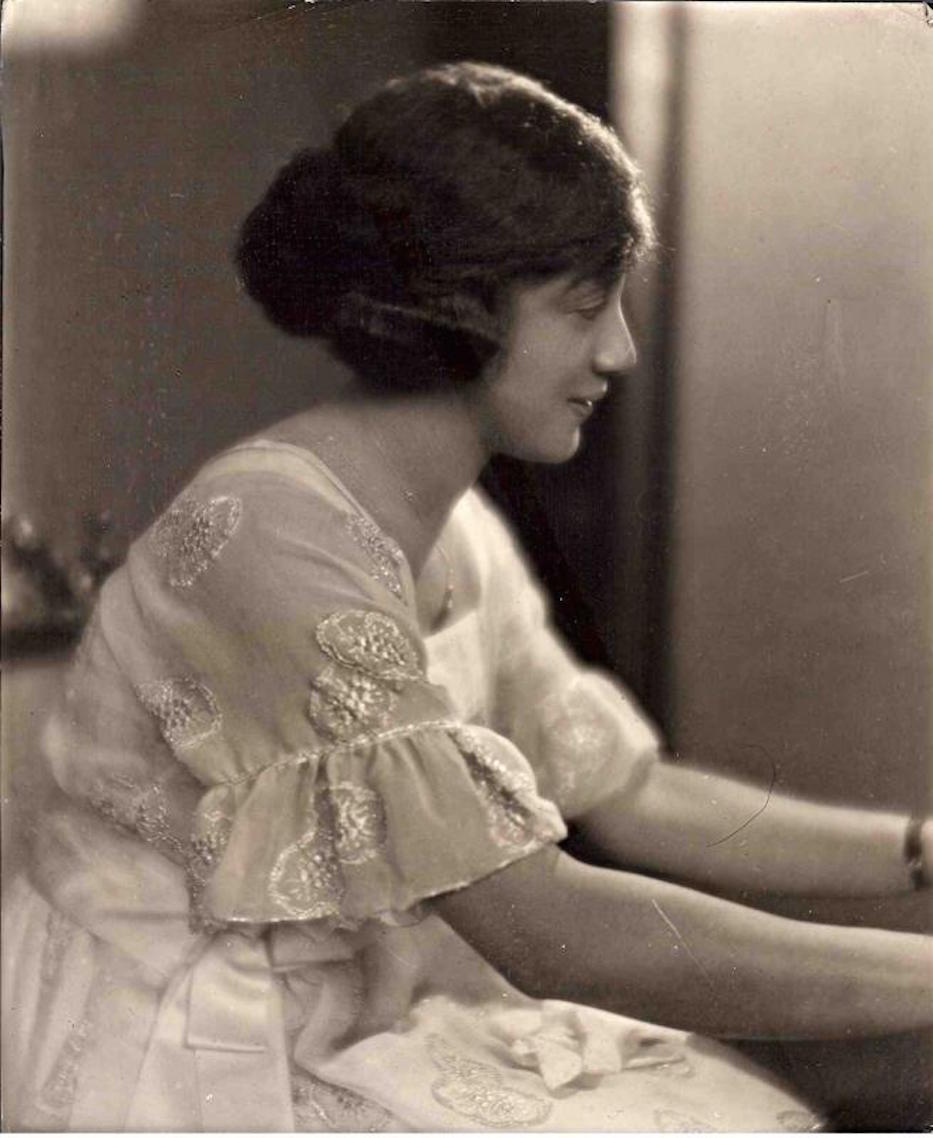 Helen Eugenia Hagan was born in 1891 in Portsmouth, N.H., to John and Mary Estella Neal Hagan, and moved shortly thereafter with her family to New Haven. The Hagans were a musical family—Helen’s father was a baritone, her mother a pianist—and Helen began playing piano at an early age, studying the instrument first at home and then music more broadly in the New Haven Public Schools. At age 9, Helen gave her first performance at the Dixwell Avenue Congregational Church, where, just a few years later, she became the organist.

Helen enrolled and graduated with a bachelor’s degree, in 1912, from the Yale School of Music, which offered undergraduate degrees from its establishment in 1894 until 1958, at which point it became a graduate-professional school. Yale College did not admit women until 1969. Helen was the first Black woman to graduate from the Yale School of Music.

In his 1912 report to the “President and Fellows of Yale University,” Dean Horatio Parker wrote that the School’s Samuel Simons Sanford Fellowship — given “to the most gifted performer who shall also have marked ability in original composition,” Parker explained — “was made this year for the first time to Helen Eugenia Hagan for a brilliant performance of an original concerto (first movement) for piano and orchestra. Ms. Hagan shows not only pianistic talent of rare promise but also clearly marked ability to conceive and execute musical ideas of much charm and no little originality.” In addition to the Sanford Fellowship, which helped her study in France after graduating from Yale, Helen received the Julia Abigail Lockwood Scholarship. The May 23, 1912, issue of the Yale Daily News includes mention of Helen performing the first movement (Allegro maestoso) her “Piano Concerto in C minor, for Piano and Orchestra” as part of a “Concert by Students” in Woolsey Hall.

Following studies at the Schola Cantorum in Paris from 1912 to 1914, Helen returned to the United States, performing and sharing her concerto with audiences in various cities. A few years later, in the spring of 1919, Helen returned to France, this time to perform—at the invitation of The Rev. Dr. Henry Hugh Proctor and at the request of Gen. John Pershing —for the African American troops who were stationed there during World War I. She was the only Black woman to do so. In Two Colored Women with the American Expeditionary Forces (1920), authors Addie W. Hunton and Kathryn M. Johnson wrote, “The soldiers had seen every variety of entertainer sent to France. They had heard some of the very best of American and foreign pianists, but none had received the ovation from the colored soldiers that was given to Miss Helen Hagan, the only colored artist sent to France. Everywhere she was received by tremendous crowds of men with rapturous applause, and her wonderful talent was never put to better use nor more deeply appreciated.”

Stateside, Helen re-embarked on a career marked by critically acclaimed performances and pedagogy. In 1921, she became one of the first Black pianists to give a recital in New York City—at Aeolian Hall. The New York Times, on Oct. 11 of that year, opined (in “Helen Hagan Plays: Pianist Applauded for Her Display of Uncommon Gifts), “If Miss Hagan made slips of memory, she never lost the thread of music that presented itself powerfully to her understanding and imagination.” Having secured a position in 1930 at Tennessee Agricultural and Industrial State College (Tennessee State University today), Helen nevertheless lamented the lack of opportunity she enjoyed. In a March 1932 letter to W.E.B. Du Bois, Helen wrote, “Probably if I had known … that the pianist can no longer make a living in the concert field I might have saved some money,” to which Du Bois responded, in part, “I do not know of any individuals who have money to spare.” Hagan became the Dean of Music at Bishop College, in Marshall, Texas, in 1933 and remained in that role for two years before returning to New York and establishing a private studio. According to Notable Black American Women, Book II (1996; Jessie Carney Smith, ed.), “Hagan was a charter member of the National Association of Negro Musicians and the Associated Music Teachers League. She was also a member of the Business and Professional Women’s Clubs and the Alpha Kappa Alpha Sorority. Hagan died on March 6, 1964, in New York City. Funeral Services were held in Grace Congregational Church.

Hagan was laid to rest alongside her parents but without individual identification in New Haven’s Evergreen Cemetery. That slight was belatedly remedied in a September 2016 grave-marking ceremony following a crowd-funding effort by Elizabeth Foxwell, who edited the anthology In Their Own Words: American Women in World War I (2015). The School of Music, which had contributed to the fundraising effort, was represented at the ceremony by Dean Robert Blocker, then-Professor of Composition Han Lash, and then-Communications Director Donna Yoo. Graveside, Blocker talked about Hagan’s place at the School, saying, “Here you have ... a small School of Music that says, ‘Yes, we're going to take women. Yes, we're going to disregard color ... we're going to take people on the promise of their God-given talent.’”

Foxwell, who was also present, said, "Journalist, professor, Yale alum, and future NAACP activist William Pickens wrote the following about Hagan in 1916: ‘I remember [...] I settled back into an easy chair to listen when the little girl was led in by her mother and seated at the piano just to show me. She showed me and has since shown hundreds of thousands that genius [...] will out.’”