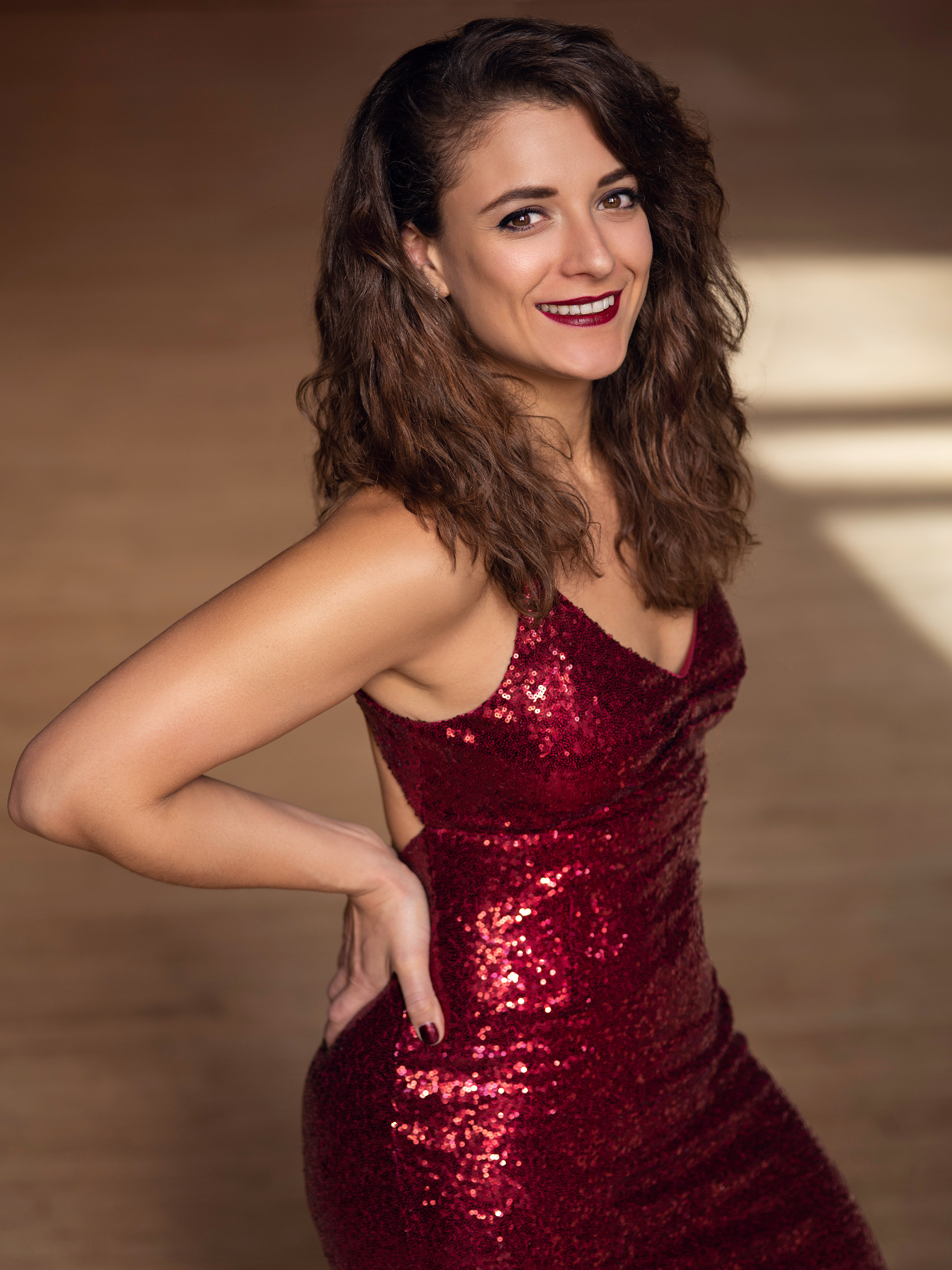 What well-established, highly sought-after musician started playing first piano, then violin, cello and even trombone before finally taking up the viola? The answer is Milena Pajaro-van de Stadt, the founding violist of the Dover Quartet. And while that somewhat circuitous route to the instrument she now loves might seem like the beginning of a viola joke, the reality is that’s exactly how she finally landed on the instrument on which she has quickly soared in chamber music heights.

Pajaro-van de Stadt began playing piano because her father, a heart surgeon, played it. “They saw music as a life enrichment and learning an instrument was part of that,” she says of her music-loving parents. “I very quickly became stubborn and said I wanted to play something he couldn’t teach me.”

So she moved on to the violin and then to cello in the elementary school orchestra. Her middle and high schools did not have orchestras so Pajaro-van de Stadt chose trombone in order to play in the band. “I got kind of serious,” she says, noting she competed in regional competitions. “Learning new instruments became my biggest hobby,” she says. At one point she was taking violin, piano, and trombone lessons each week, with violin being her primary instrument.

When her younger brother entered her school, they decided to form a string quartet with two other girls. Guess what instrument was missing? And guess who jumped in to play it?

“Through that not only did I fall in love with the viola and the string quartet but also playing viola in string quartets,” Pajaro-van de Stadt  says. She was 16 when she finally gave up the violin permanently. “It was sort of a coming out story,” she says. “I said I don’t think I’m a violinist. I think I’m a violist.”

Part of the viola’s appeal is its sound. “I love how human and soulful the timbre is,” Pajaro-van de Stadt says. “The range of the viola is on average the most similar to the human voice. That middle range felt so human. I felt like I found my own voice.”

Pajaro-van de Stadt also loves the versatility of the viola. “In the quartet, I like how much of a chameleon it is. That fits my personality. The viola can be behind the scenes but then you get your moments to stand out. When you have a viola solo, the effect and timbre is so different from other instruments.”

The members of the Dover Quartet met as undergraduates at Curtis Institute of Music, where they are now the Penelope P. Watkins Ensemble in Residence. The two violinists had known each other since they were 13 and were a year ahead of Pajaro-van de Stadt and cellist Camden Shaw. “Camden and I immediately liked playing together,” she says. “We could have musical disagreements and work through them in a way that helped us each grow. We had a rapport that felt like a safe space to have disagreements or discussions.”

At the time, the two violinists, Bryan Lee and Joel Link, were in another quartet. “We admired the quartet the two violinists were in from afar,” Pajaro-van de Stadt recalls. When that quartet’s “bottom half” got ready to graduate, she and Shaw approached them for a schoolwide project.

They played Alban Berg’s String Quartet, Opus 3 and “we felt this click,” she says, “that aha moment with one another. So we had ‘the relationship talk.’ Is this a fling or are we going to be serious and move in together?”

After 14 years playing and performing together, the group has evolved its own particular preparation strategy. Rather than each player coming to initial rehearsals fully practiced on a particular piece, they instead use that first rehearsal to sight read. “Before we would really learn and practice. You’d come to rehearsal and you’d have these ingrained fingerings and bowings that don’t work with the group,” Pajaro-van de Stadt says. “Now we come in cold, sightread, and get the big picture. Then we can practice and rehearse.”

Rehearsals, Pajaro-van de Stadt says, involve a lot of feedback and conversation. “Everyone feels they have an equal voice,” she says. “It doesn’t matter if you’re playing the melody. Every part is equally important to the grand scheme of the piece. We’re four cooks in the kitchen.”