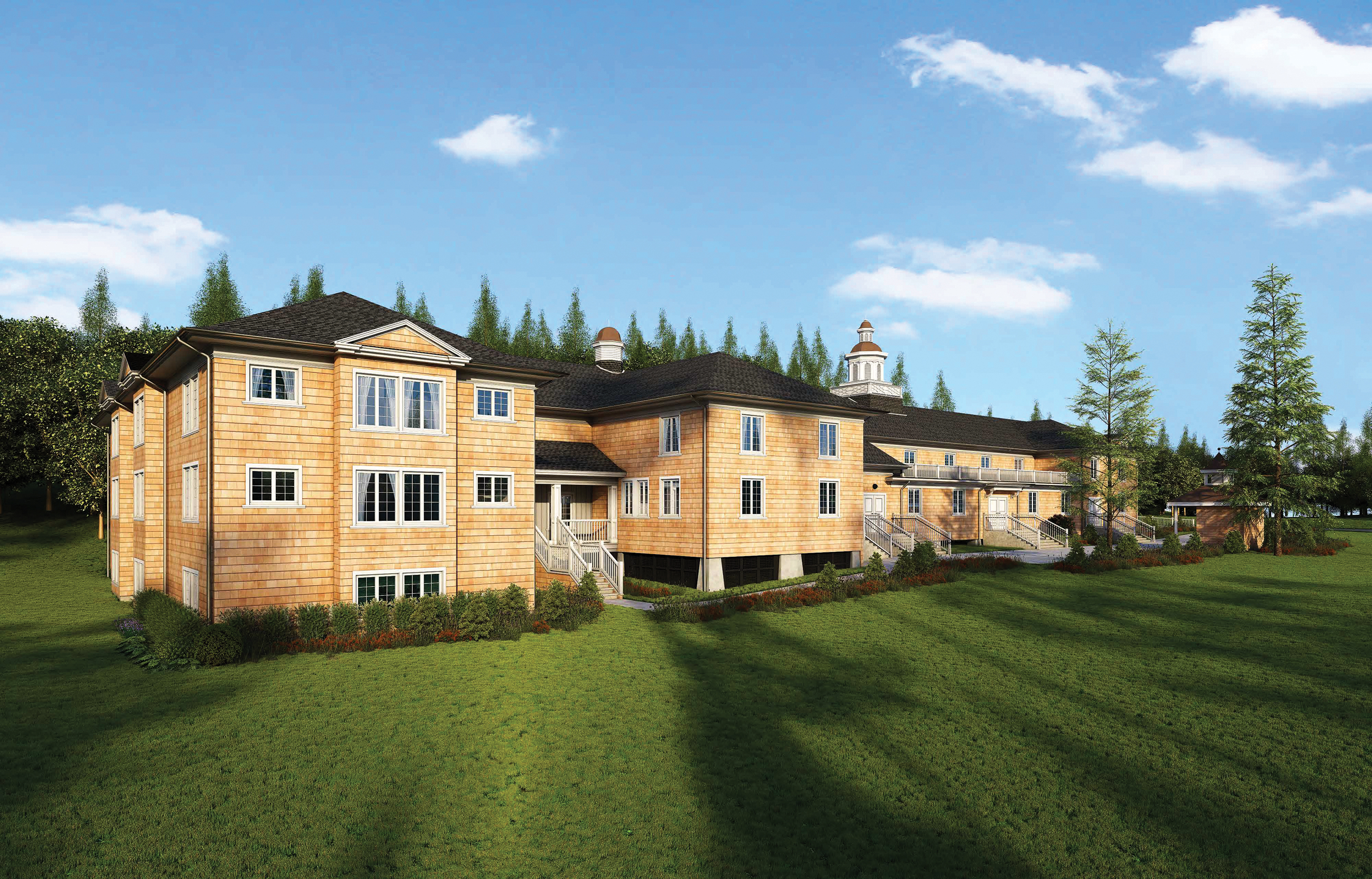 On Friday, Sept. 16, stakeholders in the Yale Summer School of Music/Norfolk Chamber Music Festival gathered on the Ellen Battell Stoeckel Estate in Norfolk, Conn., for a groundbreaking ceremony marking the beginning of a major facilities-improvement project. By May 2023, the Music Shed Annex will be replaced with a new facility with rehearsal spaces, and Eldridge Barn, which has long been used by brass groups for rehearsals, will be converted to student housing, including 11 rooms and a community area. The $8.5 million renovation project, funded by the Ellen Battell Stoeckel Trust, Yale School of Music, and generous donors, will also include the installation of an air-cooling system, upgraded recording capabilities, and a fully renovated green room in the Music Shed, whose restrooms will be relocated to the front of the venue. Kirkegaard Associates, which worked on the School of Music’s renovation of Sprague Memorial Hall, completed in 2003, and the design and construction of the Adams Center for Musical Arts, which opened in 2017, will consult on the Norfolk project.

“We’re making it more attractive” to future students and audiences, YSM Development Director Katherine Darr said, explaining that the project “shows the School’s commitment to carrying out Ellen Battell Stoeckel’s vision … and making sure the legacy remains.” Upon her death in 1939, Stoeckel left her estate to Yale “for the benefit and development of the School of Music of Yale University and for extending said University’s courses in music, art, and literature.” Stoeckel and her husband, Carl Stoeckel, who died in 1925, organized concerts at the estate at the turn of the 20th century.

The goal,” Festival Director and YSM Deputy Dean Melvin Chen said, “is to get the most talented fellows from Yale or wherever they may be.” And for audiences, Chen said, “We have a chance now to really make the Norfolk Festival a destination.” James Nelson, who is retiring after 20 years as General Manager of the Festival, described the project as “transformational.”

“For Ellen Battell Stoeckel,” YSM Dean Robert Blocker said, “music and beauty helped sustain humanity and civility. “This project, with those that have come before and others that are now being imagined, is a living realization of her intentions for the physical facilities of the estate and the enrichment of lives through performances and programs.”