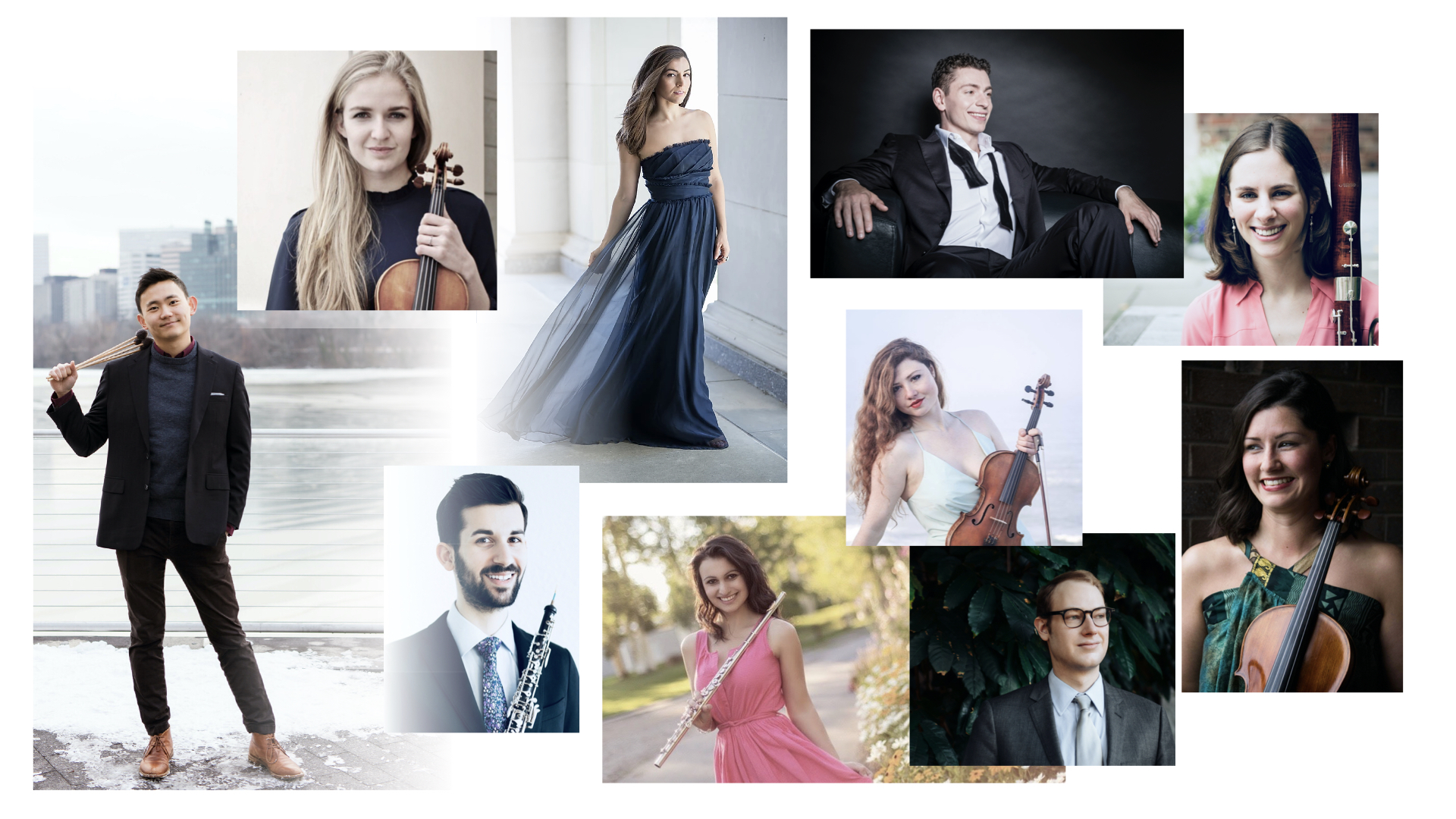 On Friday, May 29, Yale School of Music alumni will present a program of recorded performances for patients and staff in six Yale New Haven Health system hospitals. The concert, called Music for Healing, will be broadcast on the hospitals’ closed-circuit system. The program was organized by YSM alumni who created the online concert series Home2Home when gigs and performance opportunities dried up as a result of the Covid-19 pandemic.

Interested in doing something for the Yale Day of Service, an annual Yale Alumni Association-led community volunteerism effort that was recently expanded to a yearlong initiative, YSM alumni Felice Doynov ’17MM, Florrie Marshall ’18MM ’25DMA, Jonathan Salamon ’17MM ’23DMA, and Allie Simpson ’17MM ’18MMA curated today’s concert to give back to doctors, nurses, hospital staff, first responders, and those in their care. “If we can offer even an hour of musical service,” Doynov said, “then that is the role we would be honored to play.”

Seven YSM alumni recorded performances for the private broadcast, along with messages for patients and hospital staff. “We just want them to feel that we have not forgotten them and their work,” Doynov said, explaining that music has a beautiful way of bringing people together and to a part of themselves that “they might have lost through stress or strife. It can take you to a different world”—the very reason many musicians take up the craft in the first place. The Music for Healing program features music by Beethoven, Yale School of Music alumnus and faculty composer Christopher Theofanidis ’94MMA ’97DMA, The Beatles, and other artists.

More than ever, Donna Yoo, the Yale School of Music’s alumni affairs and admissions director, said, we are realizing that music can connect people. “Because we’re musicians, we’re able to do that,” she said.

“You’re not sure what’s next” when facing boredom and isolation in a hospital bed, she said. Through music, patients can “escape and let the melody take you to a different place.” Performances such as today’s Music for Healing concert also remind those in the area’s hospitals that “we are in this together,” Kelly said, that patients and caregivers “aren’t alone.”

“It’s been very difficult for staff,” Kelly said, emphasizing that music can help affirm that “their work is meaningful.” When a Covid patient is discharged from the hospital, Kelly said, the staff play Andra Day’s “Rise Up,” and “people cheer.”

Cellist and Yale School of Music alumnus Harry Doernberg ’19BS ’20MM, who plans to enroll at the Yale School of Medicine in the fall, understands and appreciates the “tremendous pressure” hospital staff are under. Doernberg is curating a second concert to be broadcast next month in Yale New Haven Health system hospitals.

Even as many Yale School of Music alumni face an anxious future, those who quickly launched the Home2Home series and others have shown the kind of adaptability that’s required of today’s artist. "That is something the Yale School of Music brought out of us,” Doynov said. “We created this concert series because there was a need. We will continue as long as there’s a need."