Join us virtually on Friday, July 2 at 7:30 p.m. for a concert by the Mammoth Trio performing six world premieres by the New Music Workshop composition Fellows. 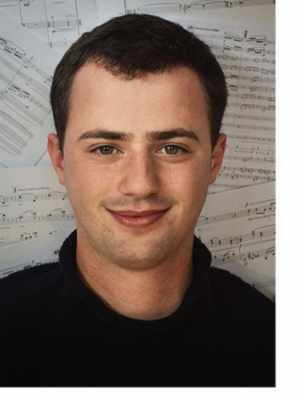 BENJAMIN BECKMAN is a composer seeking to create intellectually stimulating and emotionally charged works of art for a 21st century landscape. His music has been notably presented on the BBC Proms, the Tanglewood Music Festival, Concertgebouw Presents: Summer Concerts, the Long Beach Opera’s 2020 Songbook, the HearNow Festival, NPR’s From the Top, YoungArts Los Angeles, and Yale College New Music by ensembles such as Frost School of Music Ensemble Ibis, Triton Brass, the Lyris Quartet, Opera Elect, and the Thornton Edge. Beckman is currently majoring in music at Yale College where he studies with Kathryn Alexander. He also teaches composition for Through the Staff, an organization dedicated to offering free music lessons to young musicians who may not otherwise have access to them. | artist website | Facebook | Instagram 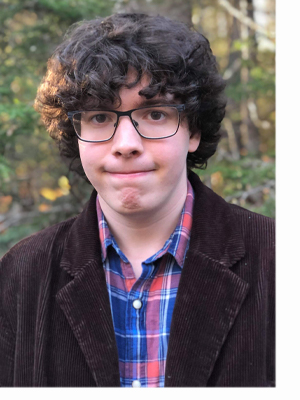 SAM FRIEDMAN is a composer and trumpet player from New York City who currently lives in Oberlin, Ohio. He is pursuing a B.M. in composition and trumpet performance at the Oberlin Conservatory of Music, where he studies with Elizabeth Ogonek, Jesse Jones, and Stephen Hartke. He has previously been a composition fellow at Cortona Sessions for New Music and highSCORE Festival, and was a Northeastern semi-finalist in the Rapido Composition Competition. He has participated in master classes with Kaija Saariaho, Missy Mazzoli, and Billy Childs. His works have been performed by ensembles such as JACK Quartet, Boston Musica Viva, De Capo Chamber Players, Talea Ensemble, PUBLIQuartet, unassisted fold, and the Oberlin Contemporary Music Ensemble. Friedman is fascinated by artistic translation and the failures thereof, as well as the roles music and sound can play in our relationship to the environment.  Facebook | SoundCloud 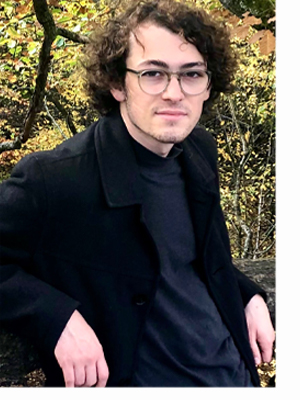 Currently working in France as an English teacher, DAYTON HARE is a composer and writer who often draws inspiration from elements of the natural world around him. Interested in exploring gradual change and slow evolutions of sonic texture, his music relies heavily on shimmering timbres and shifting colors, while still maintaining a strong sense of lyricism. A lover of both music and literature, Hare received bachelor's degrees in both music composition and English from the University of Michigan, where he also minored in French. Fascinated by literary modernism, his English honors thesis focused on the work of Samuel Beckett. Outside of his studies, Hare has worked extensively as a journalist. He served as Managing Editor of The Michigan Daily, where he previously worked as a Senior Arts Editor and Classical Music Columnist. Over the last several months of lockdown in France he has been teaching himself guitar and working his way through the novels of Virginia Woolf. | artist website 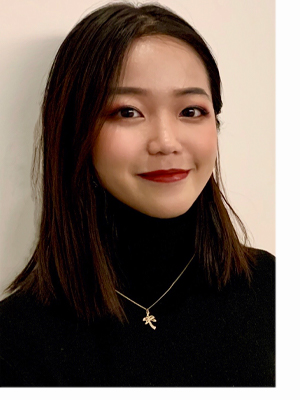 Composer and pianist, JIAYING LI is pursuing her bachelor’s degree in composition with Dr. Ruo Huang at Mannes College The New School of Music. Her string quartet Gray Zone was performed in Carnegie Hall in November 2019. In February 2020, her piece Catch the Light for clarinet trio inspired the talented and creative fashion designer Gabrielle Nti to design a dress, which perfectly expressed a brand-new combination of hearing and vision in the concert. In addition to composing, Li also likes to play the piano, write music for electronic music, pop music, and film scoring. She is also a makeup artist. Li believes that music is not just a hearing enjoyment but also a combination with art and other media. | artist website | Facebook | Instagram | YouTube 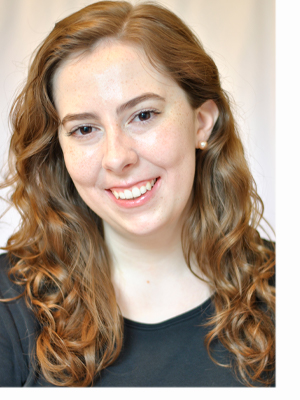 LUCY SHIRLEY  is a composer based in Indianapolis, IN. She has worked with composers such as Chen Yi, Christopher Dietz, Douglas Knehans, Yotam Haber, and Zhou Long. Shirley’s works have been praised for their quirky neo-classicism and often focus on the idiosyncrasies of language.  She recently won second prize in the 2021 University of Missouri Kansas City Chamber Composition Competition and will have four art songs released later this year in North Star Music’s Modern Music for New Singers: 21st Century American Art Songs anthologies. She has presented research at conferences throughout the Midwest and won the Mu Phi Epsilon National Musicology Award for undergraduate research in 2020. As a pianist, Lucy was awarded the top prize in piano from the University of Indianapolis two years in a row and won first place in the annual concerto competition in 2019. Shirley is currently pursuing her M.M. in composition at the University of Missouri-Kansas City Conservatory. | artist website | Facebook | Instagram | SoundCloud 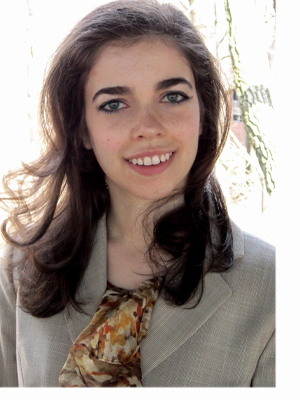 LIZA SOBEL is a Chicago composer and soprano whose compositions are often influenced by current social issues.  Her music has been performed in numerous worldwide venues including: Carnegie Hall, Le Poisson Rouge, Symphony Space, Bang on a Can, Aspen Music Festival, Eighth Blackbird's Creative Lab, Aldeburgh Britten-Pears Young Artist Programme, Brevard Music Institute, and Bowdoin’s International Music Festival. Her works have been performed by the Orchestra of St. Luke's, the Minnesota Orchestra, Ensemble Dal Niente, Spektral String Quartet, Cygnus Ensemble, Third Coast Percussion, Nouveau Classical Project, and Ekmeles Vocal Ensemble among others. Current commissions include new orchestral works for the New York Youth Symphony to be performed at Carnegie Hall and for Texas State University's Symphony Orchestra.  Her Ticking Time Bomb was selected for the 2020 Minnesota Orchestra Composer Institute. Sobel was a Fulbright scholar to the UK.  She is a doctoral candidate in composition at Northwestern University. | artist website | Facebook | Instagram