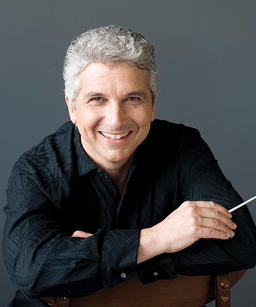 Education has been as much of a passion for Oundjian as any other musical pursuit, as the impact of his own mentors instilled in him a longing to inspire the next generations of musicians. Oundjian became a visiting professor at the Yale School of Music at the age of 25, and has mentored young violinists, conductors, and chamber groups at Yale for 38 years. In 2016, he was appointed Principal Conductor of the Yale Philharmonia, leading the orchestra in engaging performances of works from across the orchestral canon. He also oversees the training of graduate-level orchestral conducting students.

Born in Toronto and raised in Surrey, England, Oundjian grew up performing as a violinist and choral singer, frequently playing concertos, recitals, and chamber music throughout England. He attended the Royal College of Music in London, where he was awarded the Tagore Gold Medal in 1975, presented to him by Queen Elizabeth The Queen Mother. That same year, Oundjian entered the Juilliard School, where he studied with Ivan Galamian, Itzhak Perlman, and Dorothy DeLay.

In 1981, he became the first violinist of the Tokyo String Quartet. Over the next 14 years, the group performed in every corner of the world and recorded over 35 albums, several of which received Grammy nominations. In 1995, Oundjian was forced to step away from the violin, having developed focal dystonia in his left hand. He then turned his focus to reigniting his former passion for conducting, making his debut at the Caramoor International Music Festival with his friend and mentor André Previn. His other mentors include Yehudi Menuhin, Robert Mann, Leon Fleisher, and Pinchas Zukerman. 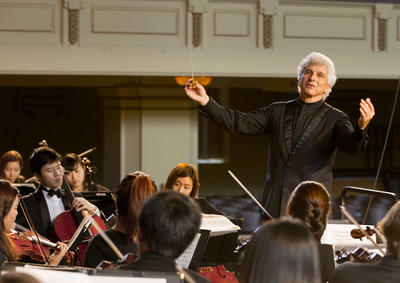 Peter Oundjian, on the Yale Philharmonia's "spontaneity and commitment" 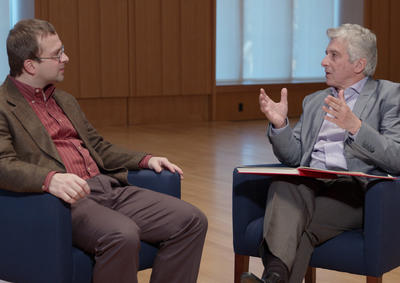 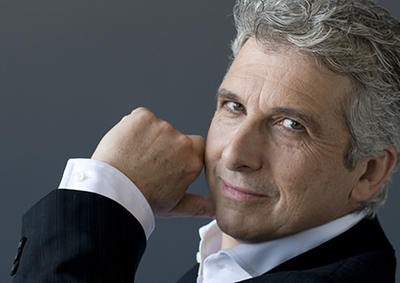 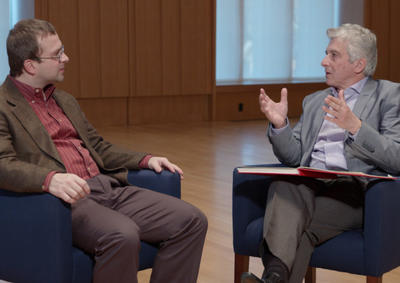 On Shostakovich and Bloody Sunday | Part 3

On Shostakovich and Bloody Sunday | Part 2

On Shostakovich and Bloody Sunday | Part 1