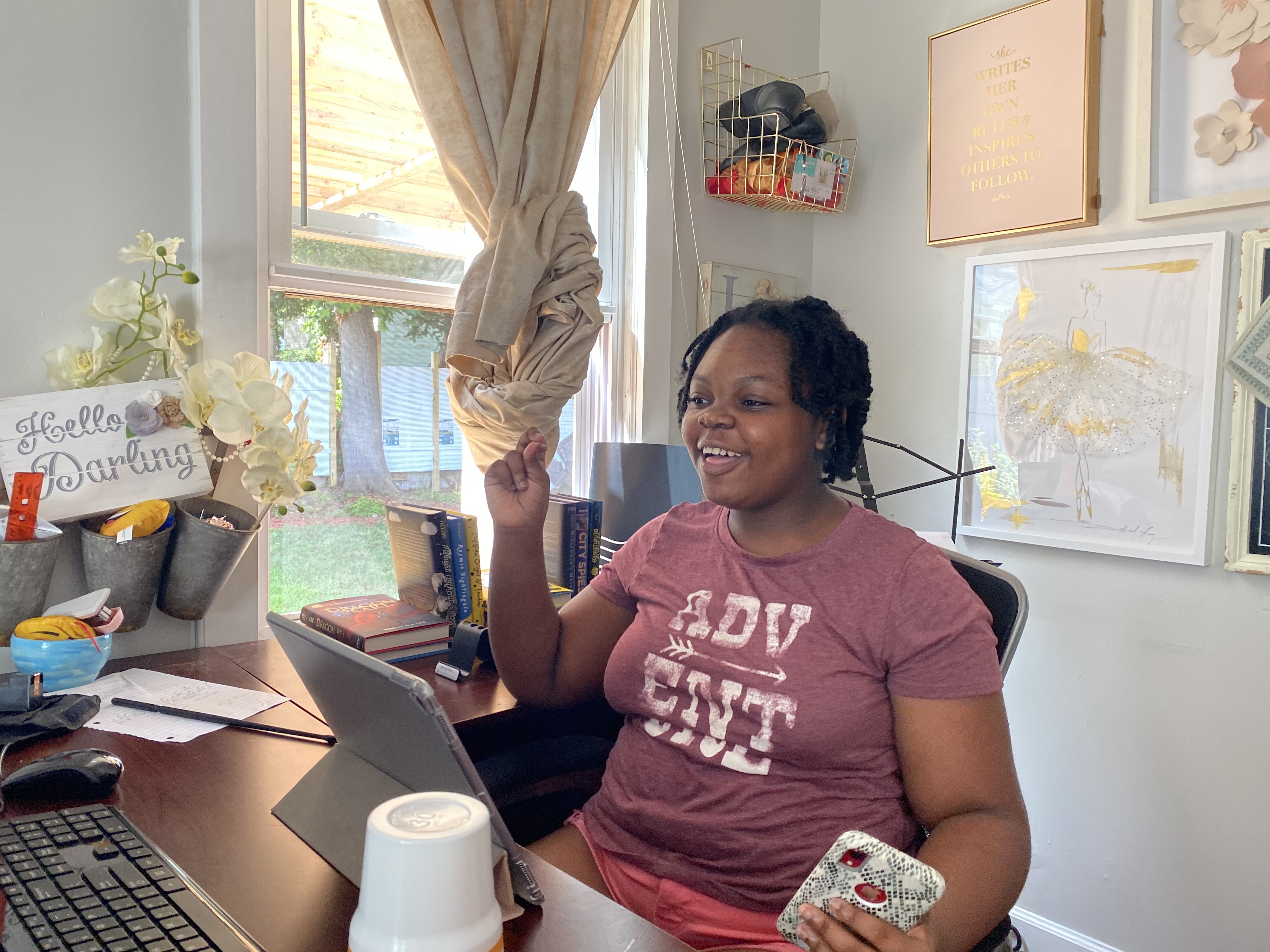 Unlike answering a “yes” or “no” question, sharing a part of yourself can often bring on a feeling of vulnerability or unease. For creative people, sharing personal work can be overwhelming. However, in the inaugural Creative Music-Making Class during Morse Summer Music Academy—MorseOnline, this year—a part of YSM’s Music in Schools Initiative, which is made possible by an endowment from the Yale Class of 1957, our students are collaborating on ideas, leading discussions, building environments of support and respect for one another, and, most important, exploring their creative voices through music.

In many cases, Morse Academy is a student’s first experience with music-making. Such was the case for soon-to-be-seventh-grader Kayla Pressey, who, during MorseOnline, wrote music that has unlocked a beautiful world of sonic possibilities. Kayla’s works include collages of spoken voice, humming, whistling, singing, virtual instruments, song samples, and even her own recordings of flute. Even though this is Kayla’s first time making music of her own, her ideas are limitless, and hopefully she will continue to express herself with music.

“My biggest accomplishment with writing music has been being able to put together music without having to ask for help, and also being able to make music out of things that you would never think could make music,” Kayla said.

Kayla has contributed to our online class sessions and inspired her colleagues to try new ideas. In one of our classes, we had a “creative burst” activity in which students had to find an item in their house and discover how many different sounds could be made with that item. Kayla contributed to the inventiveness of the activity by offering additional suggestions to another student for ways that student could produce a sound on their item.

While Kayla sometimes turns to her flute for music-making, she really wants to focus on translating her creative energy in the music medium. “The goal that I would like to continue to pursue with writing music is to get all of the ideas I have into the music I am creating,” she said.

And this pursuit of Kayla’s is why I love teaching. Her ideas are exciting, thought-provoking, and authentically hers. She may have just started composing music at the beginning of July, but her voice is strong. I look forward to hearing how Kayla and all of our MorseOnline students continue to grow and explore their powerful voices and creativity through music.

Composer Alexis C. Lamb ’20MM was instrumental in designing the Creative Music-Making Class curriculum that was introduced during MorseOnline.